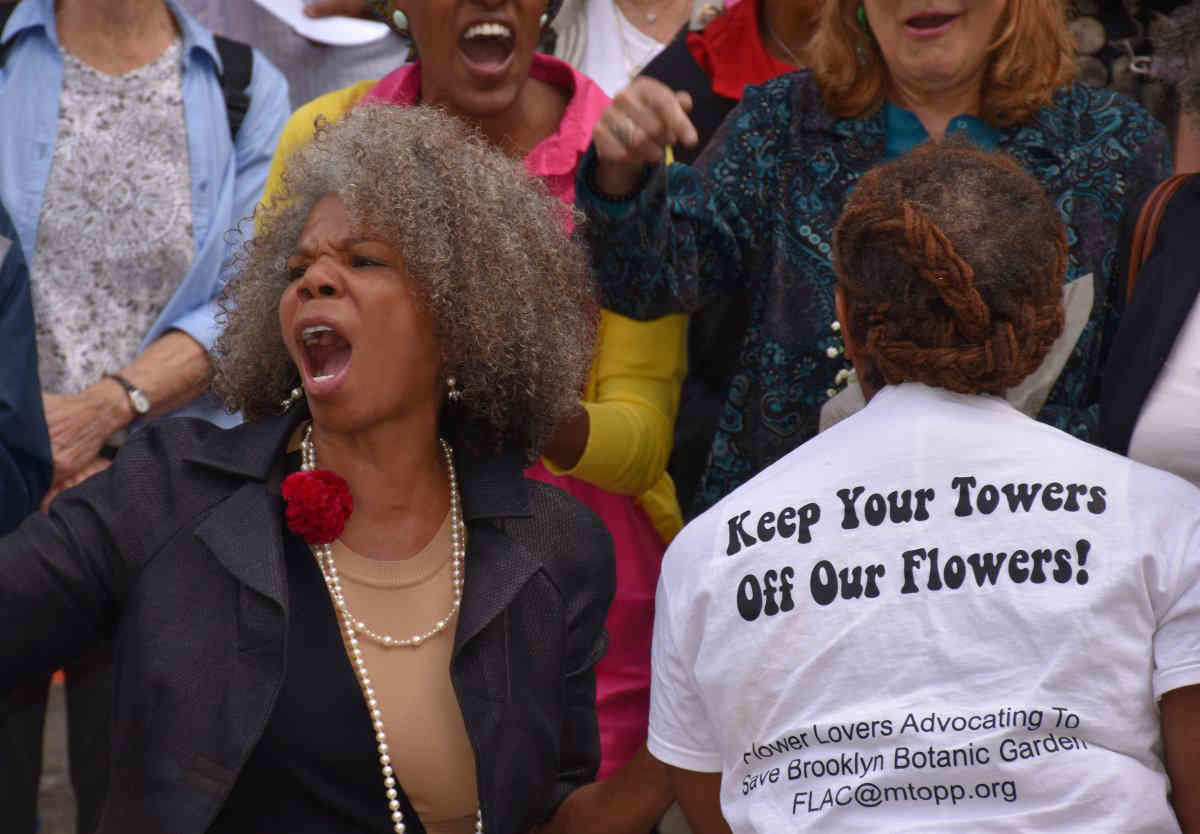 Anti-gentrification activists are demanding criminal charges against the developers behind a slew of projects in Crown Heights, claiming that the builders are violating a court-ordered restraining order to prevent building on the sites.

In April, Brooklyn Judge Reginald Boddie put in place a temporary restraining order on the property as the court case plays — but developers are violating that order by excavating soil on the property at 931 Carroll St., according to the activists.

Last week, Boyd and four others were arrested while trying to block dump trucks from operating at the site, according to Gothamist. Protestors presented police with the court order halting construction within the Crown Heights rezoning area, but officers still did not shut down the construction.

The Police Department did not immediately respond to request for comment. The city’s Law Department said that the court order should be adhered to, but declined to comment further. Representatives for the builders — Carroll Plaza Development — could not be reached for comment.

At the most recent court hearing in December, Judge Boddie blocked the developer’s request to move forward with soil excavation — a move activists say would have effectively ended their case.

“If the cement is poured, we will have lost the case,” Boyd said in December.

The lawsuit is challenging the rezoning of Franklin Avenue, which was approved by the City Council in 2018 — before being stymied by legal action anti-gentrification activists, who claim that the city failed to conduct a thorough environmental impact review before approving the zoning change.

At the heart of the controversy is the massive 1,578-unit tower planned for 960 Franklin, which activists say would cast harmful shadows on the nearby Brooklyn Botanic Garden. The developers have claimed those fears are overblown, but garden honchos maintain that the tower would devastate much of its plant life.

City officials have touted the planned high-rises as a solution to the city’s housing woes, with hundreds of so-called affordable units slated for the developments.

Housing advocates have blasted the units as affordable in name only, with rental prices still out of reach for the average Crown Heights resident.