‘Alternate’ reality for Heights and DUMBO as parking rules change 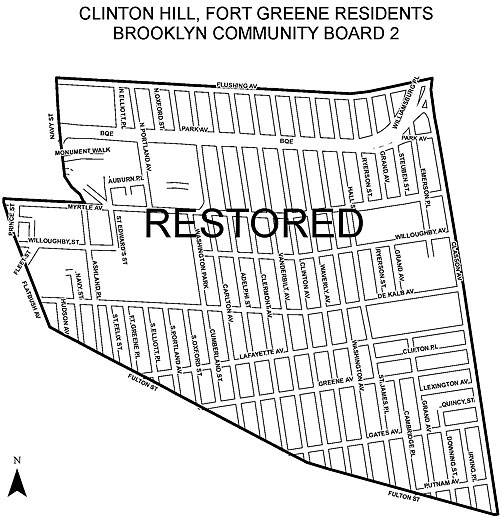 Street-cleaning regulations have already been altered in Fort Greene and Clinton Hill (above). Starting on July 13, Brooklyn Heights, DUMBO and Downtown will have their alternate-side-of-the-street regulations suspended for six to eight weeks so that workers can change parking signs there.
Department of Transportation

Downtown, DUMBO, Vinegar Hill and Brooklyn Heights will finally get in on the alternate-side-of-the-street parking holiday starting on Monday, when city workers begin the six- to eight-week chore of installing new signs to reflect changes in street cleaning rules.

The alternate-side parking suspension is part of the city’s ongoing reduction of street-sweeping that began last year in Park Slope before moving to other neighborhoods.

On the plus side, car-owning residents are forced to move their vehicles fewer times per week or for shorter periods. On the minus side, most streets are cleaned half as often.

Drivers in Fort Greene and Clinton Hill recently enjoyed the two-month parking reprieve, but alternate-side goes back into effect, albeit altered, on July 20.

The city has chosen to give entire neighborhoods the parking holiday while signs are being changed, rather than have the rules change on a block-by-block basis as signs are installed. Robert Perris, district manager of Community Board 2, said the city has chosen the less-complicated alternative.

“We’re getting plenty of calls from people who can’t keep track of changes on a neighborhood basis,” said Perris. “If we went block by block, they’d really be confused.”

During prior parking holidays, some blocks did become permanent parking spaces for non-local drivers, but Perris said that it wasn’t a big issue in Fort Greene and Clinton Hill during that area’s alternate-side parking suspension.

The Sanitation Department said that the neighborhoods in question got a 94.5 percent score for street cleanliness in the mayor’s yearly citywide survey.

A district must score at least a 90 before street cleaning and parking rules can be changed.

The area affected by the upcoming enforcement hiatus is bounded by the East River, Fulton Street, Furman Street, and Hudson Avenue. The current twice-a-week three-hour “No parking” times will be reduced to 90 minutes, once a week.

Street cleaning won’t be reduced in parts of Brooklyn Heights south of Joralemon Street so those streets won’t be included in the six-to eight-week parking vacation.