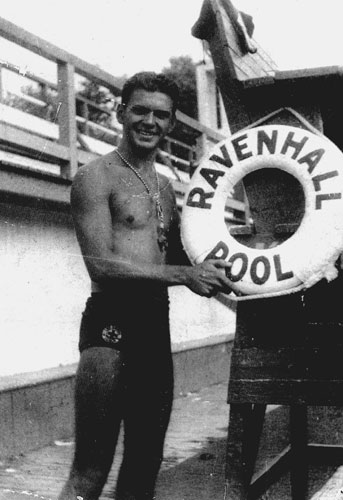 Carmine Santa Maria, holding a large bag woven from plastic in one hand and one of his six cellphones in the other, sat with his shoulders sloped atop his red scooter, his white hair spread out across his scalp, some parts sticking up and others lying flat. He screamed in defiance while he rummaged through the bag, and his voice seemed to raise exponentially whenever he lifted his head up, loudly assuring everyone that he would find the thing he was looking for.

Assurances from the Big Screecher come often, and are frequently loud.

Carmine waited as patiently as he could for his followers to arrive at the Bensonhurst middle school where, from the seat of his scooter, which he affectionately named Tornado after the horse ridden by his hero Diego Vega, he would soon teach one of his free merengue and tango lessons. It is a job he has done for decades without taking a cent in pay — a job he now does without ever standing up — a job he loves more than anything else in the world, except one thing.

And right then, one thing could stand in the way of Carmine getting his job done. That one thing is something regular people deal with day in and day out, sometimes more than once a day. To most people, it’s a slight annoyance that can be cured by a quick trip to the vending machine. But when it gets to Carmine it can plunge him into a state of anguish, deep depression, panic, even rage.

Carmine with hunger pangs is like the movies without popcorn, Ferrari without fuel — only worse. For hunger pangs rob Carmine of that uninsurable jewel, his crystal clear thoughts, cutting into the core of his confidence, and it affects not only his own psyche, but also seems to cause a kind of psychosomatic craving within those that follow him, read him, sup with him, and depend on him to teach them to tango. A Carmine with hunger pangs can, in a small way, send vibrations through the newspaper and ballroom dancing industries and beyond as surely as a President of the United States, suddenly sick, can shake the national economy.

For Carmine Santa Maria is, and has been, involved in much more than just teaching middle-aged and aging Russian, Chinese, and Italian people how to rumba. There is his weekly column, his presidency of BWECC! for which he has served nearly half a century, all those community board meetings he must attend, his missile-parts firm, and his increased presence in the battle against shoehorning charter schools into already occupied public school buildings throughout his home in Southern Brooklyn.

He seemed now to be also the embodiment of the fully un-emaciated male, perhaps the only one in America, the man who can do anything he wants, anything, and can do it because he has the money, the energy, and the phone number of the Access-A-Ride that will take him wherever he needs to go for the cost of a subway fare. In an age were the Occupy Movement seem to be taking over, protesting and picketing and demanding change, Carmine Santa Maria survives as a local phenomenon, one of the few Depression-era products to withstand the test of time. He is the champ who never had to make a comeback, the man who had everything, held onto it, and buried in a mattress under the floorboards in the attic for safe keeping.

But now, standing in this gymnasium in Bensonhurst, Carmine has hunger pangs, and he continued to shuffle through his bag looking for a Marathon Bar, a pickle, a bottle of Manhattan Special, not even flinching when Sinatra came on over the public address system, and his students paired up and awaited his orders. And they waited as he dug down deeper into the bag, deeper still, until he reached what he had been searching for.

It was gone as quickly as he found it, the only sign of it left being the portions of the wrapper that somehow escaped his mouth. He wiped his face with the handkerchief he keeps in Tornado’s handlebars, cleaned his hands, and got right down to business. The gleam was back in his eyes, and those people learned how to dance that night.

The music ended and Carmine headed home, atop his trusty steed, he glided down the sidewalk, snapping his fingers and humming to himself as he went. He stopped at the corner, and waited for the red hand to turn into a green pedestrian. Others ignored the warning, but, as usual, one did not. It was a woman in her twenties. She remained at the curb and stared at him. Through the corner of his left eye, he spied her, and he knew what she was thinking “It looks like him, but is it?”

Just before the hand changed to a person, Carmine turned toward her, looked directly into her eyes waiting for the reaction he knew would come. It came and he smiled. She smiled and he was gone, home to his lovely wife Sharon and a midnight snack.

Find out more about the Girls Write Now mentoring program at http://www.girlswritenow.org. Read Carmine's screech every Sunday on BrooklynPaper.com.com. E-mail him at diegovega@aol.com. Oh, and apologies to Gay Talese.