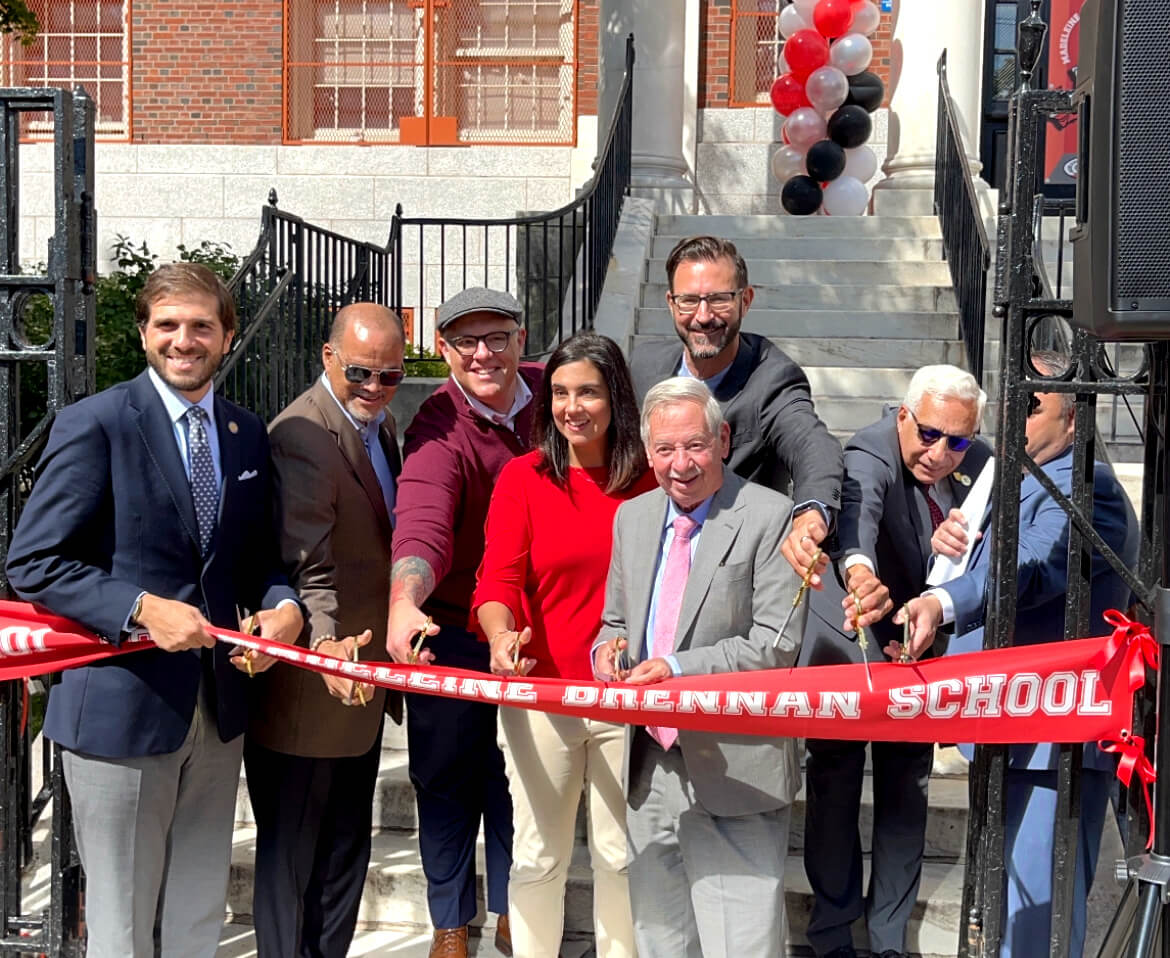 Dyker Heights held a ceremony on Sept. 24 to officially celebrate renaming I.S. 201 after Madeleine Brennan, one of the longest-serving principals in New York City history.

The community started a petition to have the school renamed after its well-known leader following her retirement in 2013, Brannan said. Students, teachers and other education leaders have been rallying behind the decision before he even came into office in 2018.

“We just decided we needed to get it done. It was a no-brainer but really the work was done a long time ago by neighbors and folks that wanted to get this done,” Brannan said.

City officials said Brennan was one of the longest-serving principals in the country, having worked as head of the school for 50 years until her retirement.

Following Brennan’s passing in April 2021, the neighborhood made an official request to the DOE to finally have the school named after her, a request Brannan says doesn’t happen often. The change was approved earlier this year, but the school wasn’t officially renamed until last weekend.

Brennan, who passed away last year, was described at the time as a “trailblazer” who fought to maintain the school’s arts programs even as the city threatened to cut the budget and arrived at the school by 6am every morning. The former principal also organized an annual Shakespeare Festival at I.S. 201, and students said she would observe performances from a throne while wearing a 14th-century dress.

“There’s a saying that a teacher’s impact can never truly be measured because a teacher’s impact has such an exponential effect on generations and I think Principal Brennan was truly an example of that,” he said. “So many people were touched by her over the years.”