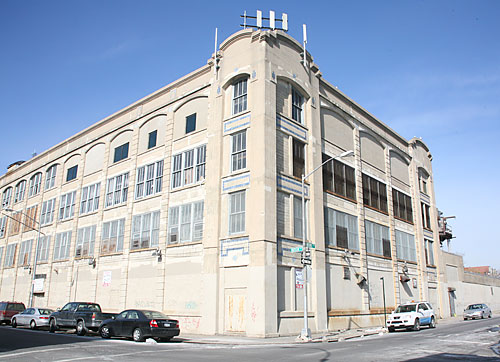 Cops nabbed four men for soliciting a prostitute on the corner of Nevins and Butler streets last week.
The Brooklyn Paper / Bess Adler

Five more men — including one bearing flowers — were busted for trying to get some action at a Boerum Hill corner that has been a roach motel for would-be johns.

Cops from the 76th Precinct have now nabbed 13 men in “Operation Losing Proposition,” their monthly sting at the non-descript corner of Butler and Nevins streets — and in all cases, the horndogs allegedly solicited sex of one form or another from an undercover cop.

All five of the April 15 arrests went down the same way: A car rolled up to the corner and the driver threw out a price, ensuring his arrest for solicitation, a misdemeanor.

But the details are slightly different in each case:

• At 3:57 am, the last customer of the night arrived and offered $30 for oral sex. He also had a bouquet of roses for the would-be fellatrix.

“You can’t make this stuff up,” said a police source. “And it wasn’t even Valentine’s Day!”