‘Our bodies are our bodies’: Brooklyn rallies on Mother’s Day to protect women’s right to choose 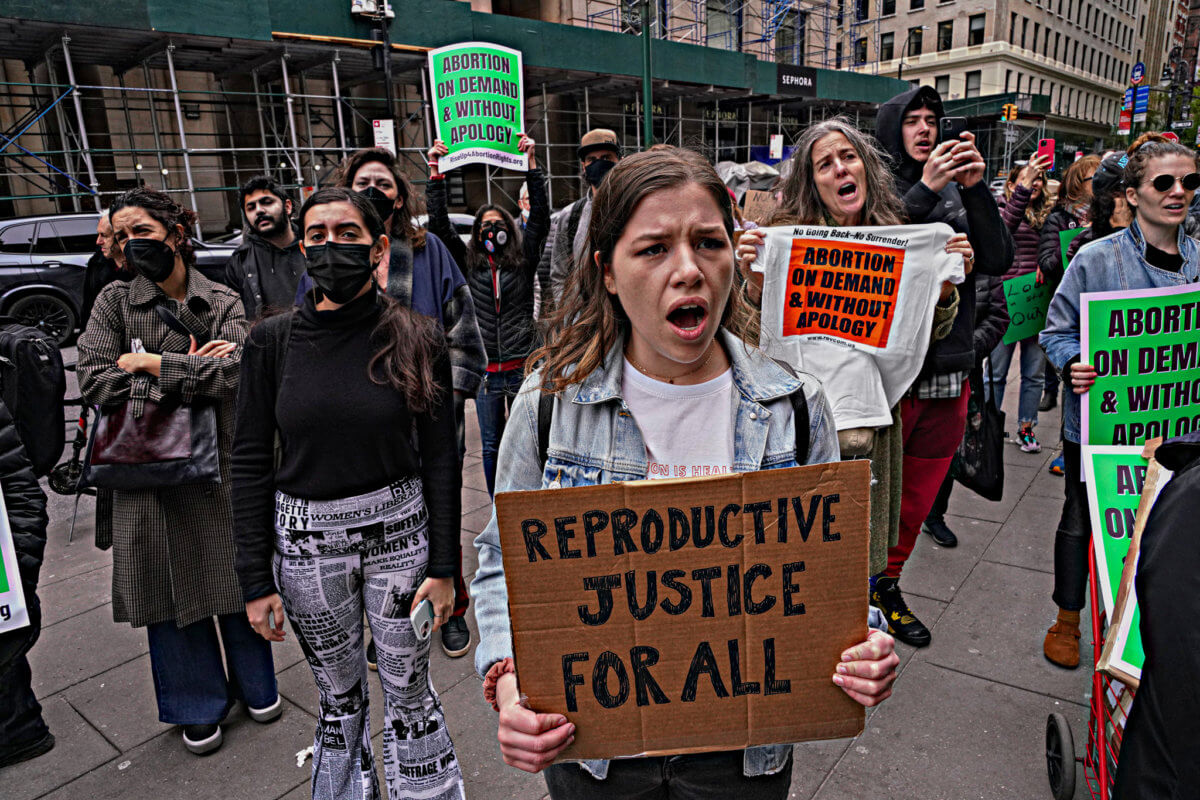 Standing outside the Brooklyn building named for a modern champion of women’s rights, protesters rallied on Mother’s Day to continue their fight to protect the right to choose under the looming shadow of the Roe v. Wade decision being overturned.

On May 8, female fury was in full display outside Brooklyn Borough Hall and the Ruth Bader Ginsburg Municipal Building as New Yorkers condemned members of the Supreme Court for diminishing human rights.

Congregating across the street from the RBG Municipal Building, demonstrators were enraged, solemn, tearful, and still in disbelief — but all were defiant of the proposed rollback.

Carrying signs, they said they plan to fight tooth and nail against what they called a human rights violation. Speakers also championed the leaker of the draft.

“Whoever leaked that SCOTUS report is a star in my opinion because they wanted to give us time to prepare and resist,” said Sandra, a co-organizer of the rally. “Overturning of Roe, a long-standing precedent, would be devastating to our right to privacy and will reverberate across the country. We know for a fact that this is going to disproportionately burden Black, Brown, Asian indigenous, Latinx people in possession of the uterus across the country. The greatest suffering is consistently inflicted upon the most marginalized.”

Members of Rise Up for Abortion Rights say they will refusing to allow the Supreme Court to take away the right to abortion and are holding a week of action calling on individuals to demonstrate and students hold walkouts from May 8 to May 14.

This call to action will culminate on May 14 with a mass protest nationwide at 2 pm, with New York’s currently slated for Union Square.