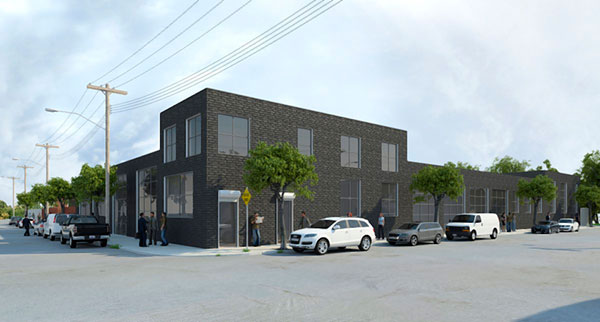 Community Board 1 knows what they did last summer.

The Williamsburg panel’s liquor license committee okayed a Vietnamese restaurant’s bid to open inside an industrial building at 99 Scott Ave. on Monday — but warned it better not see a repeat of the late-night raves that took place at the same property earlier this year, which members claim were rowdy and poorly regulated.

The committee unanimously approved hip Queens restaurant Bunker Vietnamese’s application to open a new outpost at the site on the corner of Randolph Street, but only after the eatery’s owners — who are leasing the space — distanced themselves from the location’s party-hearty history. The full board subjected a winery applying to open on the site to a similar grilling in August, though ultimately approved that license as well.

Locals are still smarting after building owner Bushwack Capital rented the then-vacant space out over the summer to party promoter City Fox — now notorious for its thwarted attempt to hold a rave at a toxic Greenpoint factory last month — who turned it into a pop-up outdoor nightclub called the Brooklyn Mirage.

And because it was a temporary venue, the company didn’t have to consult the community board before obtaining a booze-serving permit — a fact that bugged some committee members, even though it was by the book, because the first they heard of the venue was when they heard the venue.

Neighbors filed six noise complaints against the property in the months of August and September, three on the night of a Mirage party that ran until 6 am, according to city records

Bunker’s owners assured the committee they had no affiliation with the discos and are not planning any all-night ragers. They said their restaurant space would be a modest operation with an outdoor space that is encased in cement to block sound.

Bushwack also promise the property’s bass-dropping days are behind it — in addition to the winery and restaurant, it plans on filling a new development there with offices and an event hall that it claims will host wedding receptions.

“Our goal is not to be a huge nightclub destination or a place where there’s a lot of drinking and stuff like that going on,” said managing partner Dawson Stellberger, whose firm bought the property in December of last year.

He said the developer only realized there were hard feelings over its property’s hard-partying summer when the winery faced opposition from the board. He claims his firm passed off all operations to the promoter during that period, and was completely unaware the temporary space-fillers were bothering neighhbors.

Stellberger attended Monday’s committee meeting and spoke with members, which he hopes smoothed over some of the ruffled feathers.

“I was happy,” he said. “I thought they were going to be more negative than they were.”

The full community board will still need to vote on the application, though its decision is only a recommendation — the State Liquor Authority ultimately decides who does and does not get a booze license.