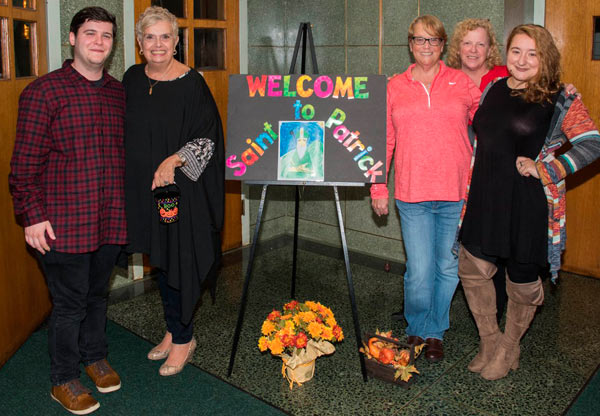 Call it an old cause with a new effect.

Ridgites headed to St. Patrick’s on Oct. 13 for the parish’s annual Oktoberfest event, which featured local eats, classic and craft beers, and live music from Brooklyn band At the Ready. But the parish made a change to the event this year by pledging a portion of the proceeds to the Parish of St. Peter and St. Paul in Utuado, Puerto Rico, a decision influenced by both the recent hurricane as well as the time the parish priest spent in the region when he was younger, he said.

“I studied in Puerto Rico in 1974, and I spent a lot of time with friends in Utrado,” said Monsignor Michael Hardiman. “It was one of the places that was really devastated by the hurricane. Even though I haven’t been in ages, that was the first thing that popped into my mind.”

Hardiman said the event raised about $1,000 towards the Puerto Rican parish, with leftover money going towards St. Patrick Catholic Academy.

Ridgites contributed to the cause with their ticket purchases, which included food from Lock Yard, The Kettle Black, and Ho’Brah Taco Joint. A Ridgite who attended said the bites and pours were particular highlights.

“The food was good,” said Bailey Santoro, “and we enjoyed the beer.” A night on the town: Bailey Santoro and Joe Smith enjoyed the music and refreshments at St. Patrick’s Oktoberfest event on Oct. 13.
Photo by Georgine Benvenuto Dishing out and eating up: Lock Yard restaurant co-owners Alan Lynch, Tommy Castelli, and Al Accettura dished out their favorite foods from their eatery at St. Patrick’s Oktoberfest.
Photo by Georgine Benvenuto