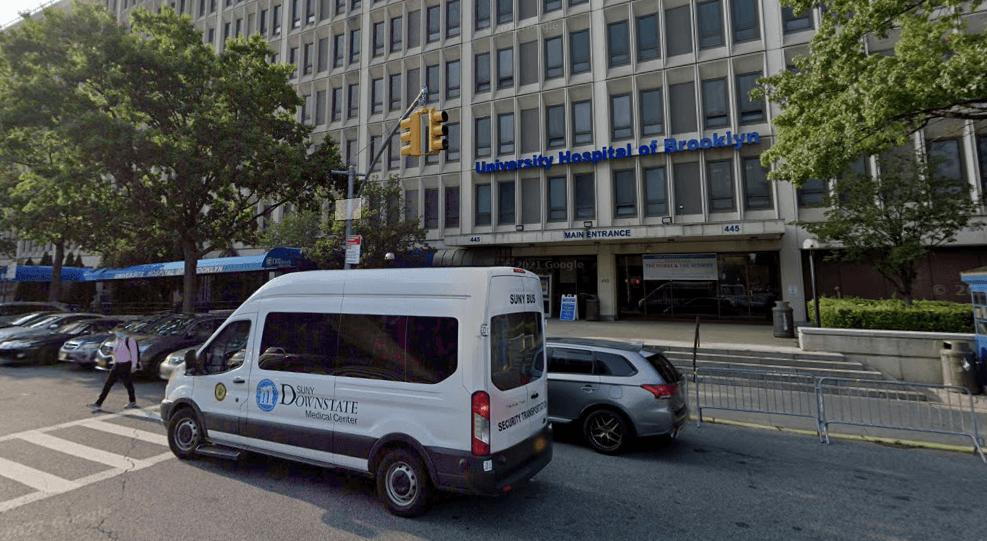 The school-based medical centers had been operating “at a loss” for years, according to a SUNY Downstate representative, and the organization had to make the decision to close the centers before the coming school year.
Google Maps

This text message wasn’t about her daughter’s health. Instead, the nurse asked Acosta when she was free to talk. The next morning, the two connected by phone, and the nurse told Acosta that the school-based health clinic at MS 51 was no longer being run by SUNY Downstate as of July 1 — two weeks before the school staff and the medical professionals at the clinics were told of the closings.

“I was definitely outraged,” said Acosta, who had fought to get her daughter into MS 51 so she would receive better care. “I think about it’s not just a job, it’s not just for the money or whatever the systems are thinking that they’re doing there, but it’s more because she really cares. But I am still upset. Because how did they tell them this? During their summer break? After they made the decision? They didn’t even know until they just received termination. That’s outrageous.”

‘The very least they can do’

Ten local schools that have had SUNY Downstate school-based health clinics since 2009 received the same news, and parents and medical professionals are demanding SUNY Downstate either continue providing care at the clinics or keep them open until another hospital can take over.

In 2017, SUNY Downstate’s clinics nearly closed over state budget issues until the public rallied to keep them open. Now, five years later, parents and medical professionals gearing up for round two.

“The very least they can do is stick with us for a year so that we can find other providers,” said Amy Sumner, a parent coordinator at the Brooklyn New School in Carroll Gardens. “There are other school-based health clinics all over the city. There’s tons of them.”

School-based health clinics are in-school medical centers in partnership with hospitals, medical clinics, and community organizations. Over 387 public schools in New York have these clinics, and some have been serving students for up to 25 years. SUNY Downstate had clinics located in five school buildings, serving ten schools in total. Most were located in School District 15, particularly in the neighborhoods of Park Slope, Carroll Gardens, and Boerum Hill. Another location was at East New York’s PS 13.

Parents whose children received care from these clinics at the schools, and the nurse practitioners and physician’s assistants who staffed them, are upset by the sudden news that the clinics will not be open when school resumes in September. Many said they were not told in advance about the closures.

“I think they should be shamed because they closed these clinics on July 1 and they informed schools on July 15,” says Reyhan Mehran, whose children go to the Brooklyn Collaborative Studies in Carroll Gardens. “The principals have not told every single parent in the school. The children who have relied on these clinics for their primary care are not going to have that and they won’t know about it.”

There is also outrage over how quickly SUNY Downstate apparently ceased operations without a plan for another hospital or clinic to take over, let alone a plan for how students will receive treatment.

“Don’t jump from school-based health center to an agency to the DOE (Department of Education) and then back,” says Carolyn Gruber, a physician assistant at PS 38. “And then hope one day down the line, someone is going to miraculously come up and sponsor the program? That’s not going to happen in my eyes. Why jump around like this?”

Some are concerned about how the students will be cared for. With no SUNY Downstate staff to do so, the students at these schools will have to turn to school nurses who are not equipped to help students at the same level as the nurse practitioners and physician’s assistants have.

In New York City, school nurses schedule physical assessments and give both health services and health counseling. Nurse practitioners can diagnose, treat and give prescriptions for illnesses without the need of a supervising physician. They also can treat urgent care, give out birth control, immunizations, and provide mental health support.

“School nurses are fabulous,” Sumner said. “We have a fabulous school nurse at 610 Henry Street. I wouldn’t trade her for anything, but she can’t manage the care of 1200 children all by herself. And she can’t do what the nurse practitioners can do.”

Anna MacEwan, the former nurse practitioner for PS 293 and the Boerum Hill School of International Studies, said she is concerned about how medical care will be provided when the new school year begins, particularly because there is already a shortage of school nurses in the public school system.

“Because there’s not enough of [school nurses],” MacEwan said. “There’s basically a pool of substitutes. And those substitutes are called agency nurses, and they are not directly employed by the city; the city has contracts with private sub nursing agencies. [They] place nurses in the school sometimes just to cover a sick day if a regular school nurse calls out, but sometimes to fill a gap.”

MacEwan further explained that agency nurses do not have access to a database school nurses use for the students which could cause issues for students for need treatment.

But for now, the main focus for her, and many others affected by SUNY Downstate ceasing operations, is to negotiate a way to keep the clinics open for another school year while a replacement hospital is found.

As of Aug. 8, more than 14,000 people had signed a petition asking the hospital to “reverse this decision or keep these clinics open until another hospital partnership can be established.” Gruber has been in direct contact with SUNY Downstate to understand what caused operations to cease and to explain the urgent need in the school communities to keep operations going for the time being.

“Our office is deeply concerned about the closure of the SUNY clinics and that SUNY did not follow proper procedure in notifying the community that they would not be renewing their contract,” Hanif said in a statement. “Because these clinics receive a combination of state and city funds, there must be a coordinated effort to find a solution.”

Hanif’s office has been working with local Assemblymembers Robert Carroll and Jo Anne Simon to find an alternative provider who can step in.

“We have heard from many community members about the importance of these clinics and the critical services they provide to our neighbors, which is why we are committed to finding an equitable and timely solution,” the pol said.

The DOE and the Department of Health and Mental Hygiene will be working to place school nurses in each affected building starting next month, the agencies said in a joint statement.

“We are disappointed in SUNY Downstate’s decision to stop operating five School Based Health Centers out of our schools,” a representative said.

SUNY Downstate said the organization’s contract expired on June 30th, and it had with no authority to provide services as of July 1st.

“SUNY Downstate has operated the SBHCs at a significant loss for several years,” said Dawn Skeete-Walker, Vice President Communications & Marketing at SUNY Downstate. “There was a substantial loss of program funding in 2017, severely impacting Downstate’s ability to operate the SBHCs. While Downstate provides care to the students, the clinics’ operations require significant funding that the institution cannot sustain. The decision not to enter into a new contract was not taken lightly and involved the consultation of many areas.”

Skeete-Walker said patients in the SBHC who need access to their medical records may contact SUNY Downstate Medical Records Department at (718) 270-1845, and  parents and guardians who need a medical care provider may contact Primary Care Services at (718) 270-2979 or (718) 270-7202 regardless of prior SBHC enrollment or involvement.