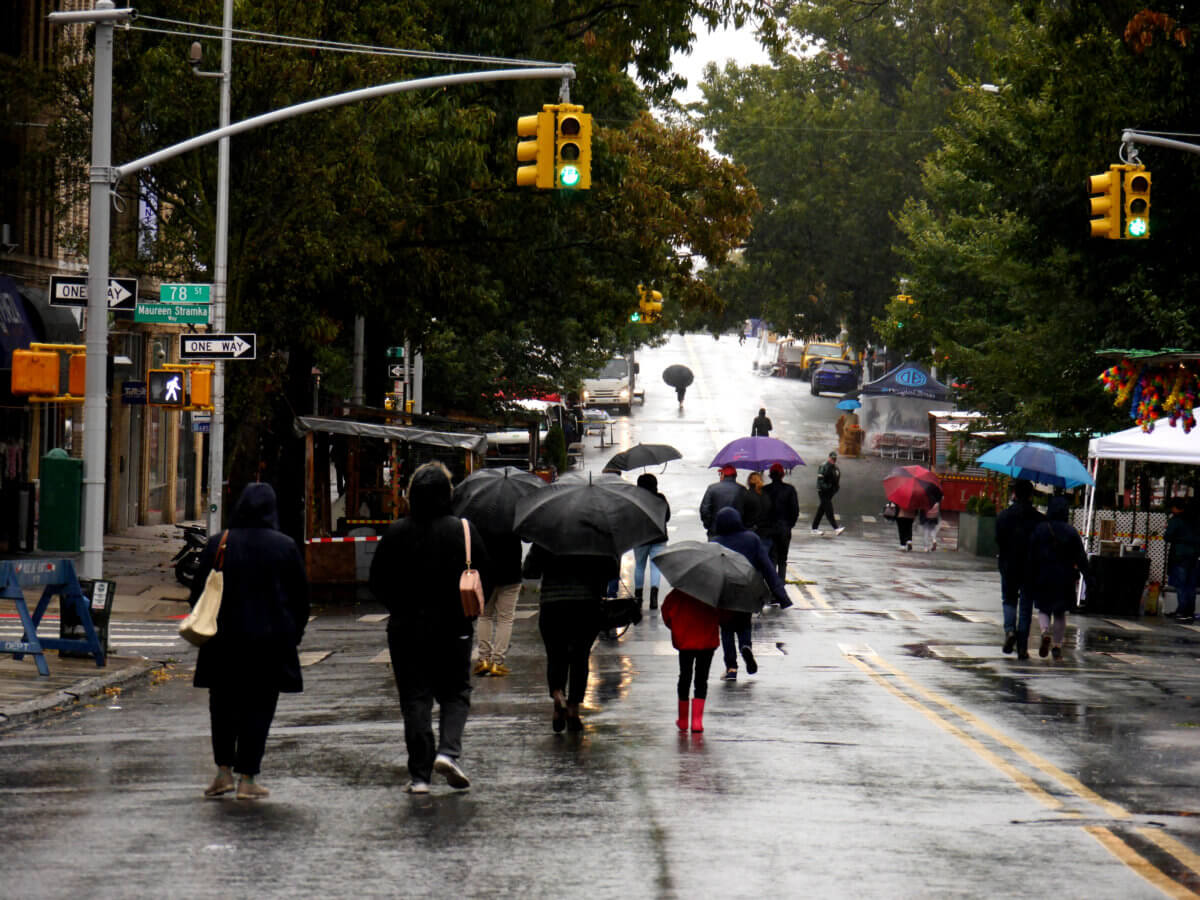 The remnants of Hurricane Ian put a damper on this year’s iconic Third Avenue Festival and the Ragamuffin Parade as it dumped rain on New York City, driving away vendors and attendees and causing an outburst from residents as there was no rain date for the street fair.

“This is the first time in 49 years that the weather affected our festival,” said Dan Texeira, president of Third Avenue Merchants, which hosts the annual fair.

Large-scale events like the Third Avenue Festival don’t usually have the option for a rain date, the merchants’ association posted to social media on Oct. 2, the day of the festival, in response to residents’ demands for a postponement.

“For everyone asking why there is no rain date for today’s festival, please note that there are no rain dates offered for festivals, especially of this size and scope,” the merchant association posted to social media. “Dates are chosen months in advance with the city and the event takes place rain or shine.”

Bay Ridgeites posted photos of mostly vacant streets to social media on Sunday, though there were some “die-hard” vendors and festival-goers who still made it out to the commercial corridor as festival organizers weighed their options.

“Once we closed the street, we still had vendors out there so we couldn’t shut it down,” Texeira said. “We had expenses we’d already paid, and the vendors were ready to go — it’s a crapshoot.”

The merchant association president said a lot of the vendors of classic fair food still turned up for the celebration.

“There were still five or size zeppole and sausage and peppers guys out there, so we couldn’t shut things down but people did what they could,” he said.

Still, many vendors who had paid to reserve space at the event missed the opportunity to promote their businesses and generate revenue.

“We certainly sympathize with our great businesses and vendors on the avenue but please note that the weather is beyond our control,” the Third Avenue Merchants’ Facebook post said. “We are hoping the rain clears up long enough for people to enjoy all that Third Avenue has to offer!”

Texeira said that some vendors are asking for their money back but the association does not have the resources to reimburse the funds.

“There are people asking for their money back, but we’re not a [Business Improvement District], we’re a merchants organization, we don’t have a bottomless pit,” he said.

Some residents of the southwestern Brooklyn neighborhood posted to social media asking why the Third Avenue Festival had been pushed back from the last weekend in September to the first weekend of October — a move Texeira said was made due to changing weather.

A lot of eventgoers decided to bring the festivities indoors to the bars and restaurants that line the thoroughfare, Texeira said, with crowds funneling into Delia’s, Kettle Black, Ho Brah, Brooklyn Roots and Salty Dog to escape the rain.

Better luck at the Ragamuffin Parade

The Ragamuffin Parade, held the day before the Third Avenue Festival every year, saw a lot more action, though the parade route was shortened significantly and ran just a block long on Third Avenue between 75th and 76th streets.

Pint-sized tots swarmed the neighborhood dressed as everything under the sun — including the costume contest winners, who were disguised as Elton John, a Good Humor Ice Cream lady, a Spotted Lanternfly, a witch and a full space shuttle of aliens.

There might be a light at the end of the tunnel for residents who are feeling a void from the absence of their full-scale annual festival, as the Third Avenue Merchant’s Association is working to organize a sort of fall stroll to get people out to support the corridor’s stores and restaurants instead.