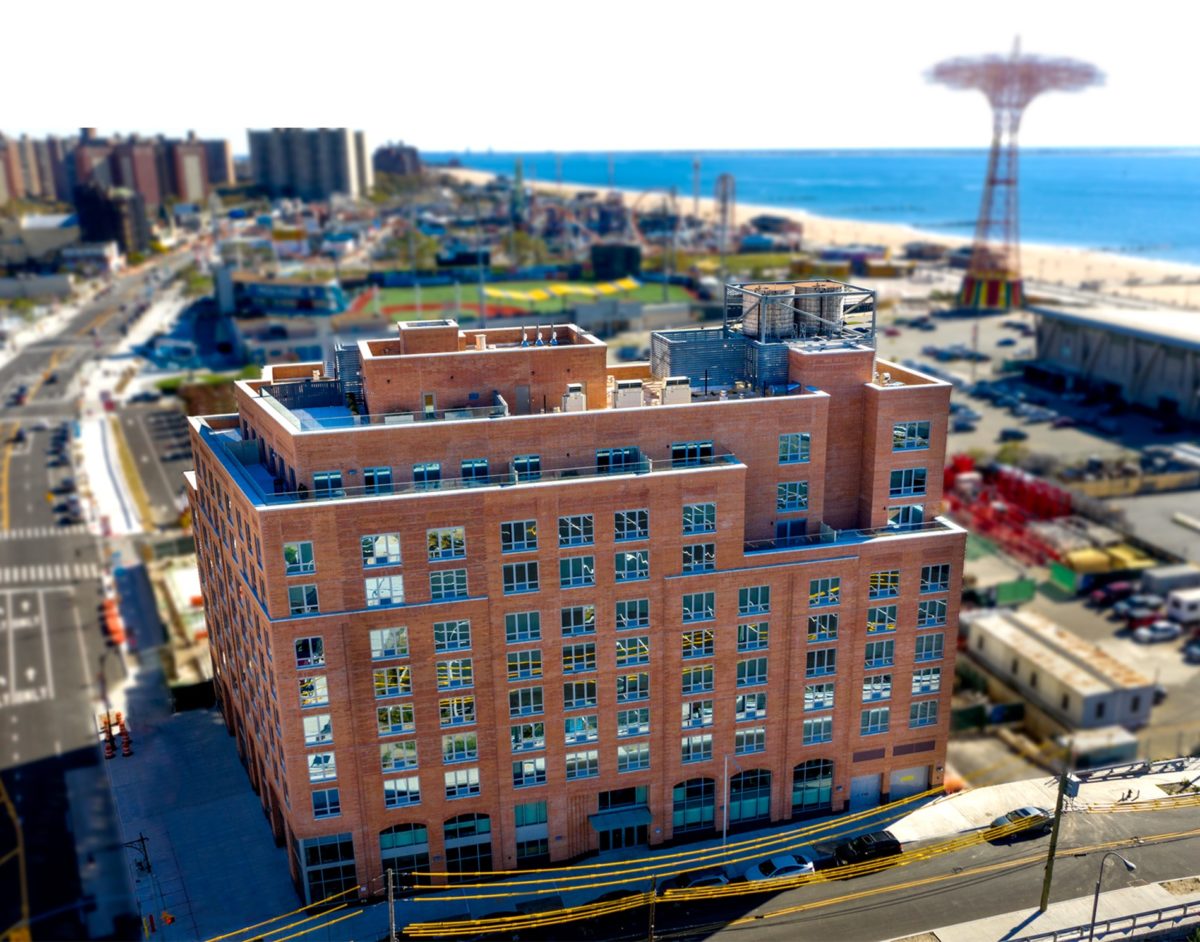 A new affordable housing development catering to down-and-out veterans of the US Armed Forces opened its doors on Wednesday, bringing 135 below-market-rate units to the People’s Playground.

Surf Vets Place, located on the corner of W. 21st Street and Surf Avenue, offers 82 units for formerly homeless veterans and 53 affordable units to residents who make between 50 and 60 percent of the area median income for New York City, which is $96,100 for a family of three.

According to developers, the complex is one of the largest of its kind in the borough.

“There’s nothing quite like this,” said Ralph Fasano, the executive director of Concern for Independent Living, the organization that worked with the city’s Department of Veterans Services to administer the apartments for the vets. “There’s some scattered veteran housing around right now, but not on a scale like this.”

The veterans’ units will cost tenants 30 percent of their adjusted gross income, and the other affordable apartments go for anywhere between $929 and $1289 per month, said a rep for Georgica Green Ventures, the building’s developer.

Eligible veterans were referred to the Concern for Independent Living through veteran shelter system and associated providers, Fasano said, while tenants for the affordable units applied through the city’s Housing Connect platform online, and were selected through a lottery. All the units are currently filled, and there are 57 applicants on the waitlist for the affordable units.

The nine-story building also includes nearly two football fields worth of retail space on its ground floor, which Fasano said would be occupied by one or two commercial tenants — most likely a boutique grocery store or a community organization, such as Brownsville Community Culinary Center.

The property’s architect, the Stephen B. Jacobs Group, filed plans for the tower back in April 2016 and planned to open up the building by Jan., 2019, but construction delays pushed the opening back to Nov. 20, Fasano said.

When the complex did finally open its doors, local leaders lauded it as one of the most modern affordable housing complexes in the area.

“This is the most beautiful affordable housing development in Coney Island, and this sets an important tone for the rest of the development that is coming to our community,” said Councilman Mark Treyger (D–Coney Island) at the ribbon-cutting. “We can point to this beautiful residence and say this is the standard, and that all of our residents deserve nothing less.”

Surf Vets Place was required to include affordable units because it sits within the special Coney Island District, a product of the area’s 2009 rezoning, which mandates that builders set aside 35 percent of units in complexes within the district for families who earn between 51 percent and 120 percent of the area’s median income.