A Brooklyn artist on Saturday unveiled her massive three-faced sculpture in the neighborhood’s eponymous green space, the perfect location for the artwork she described as a tribute to the area’s black culture, she said.

“It’s in its home right now, it feels like it belongs,” said Tanda Francis, who used to live in nearby Clinton Hill before relocating to Park Slope.

Francis — who in 2016 wowed locals with an outsized effigy of fellow Brooklynite and late hip-hop legend Biggie Smalls — created her new work, “Adorn Me,” to celebrate Fort Greene’s once vibrant black community, which she said is shrinking due to gentrification and other changes in the enclave.

And the more than 14-foot statue, whose three visages feature elements of traditional African art and Victorian- and colonial-era dress, is already enchanting locals who walk by it near the park’s entrance at Myrtle Avenue and Washington Park, according to Francis.

“I got to personally speak to everybody about how they felt about the piece as much as I could,” she said. “It’s definitely gratifying to actually have it out and finished.”

The sculpture will sit in the meadow for 11 months, during which the artist hopes to invite more residents to talks and other events that examine the piece and its deeper meaning.

“Something that is an open discussion, to further strengthen the message of the piece,” she said.

Department of Parks and Recreation leaders tapped Francis and nine other artists to create pieces for green spaces throughout the five boroughs, each of whom received $10,000 from clothing retailer Uniqlo to complete their works.

The artist is still searching for a permanent home for her piece following its time in Fort Greene Park, she said. 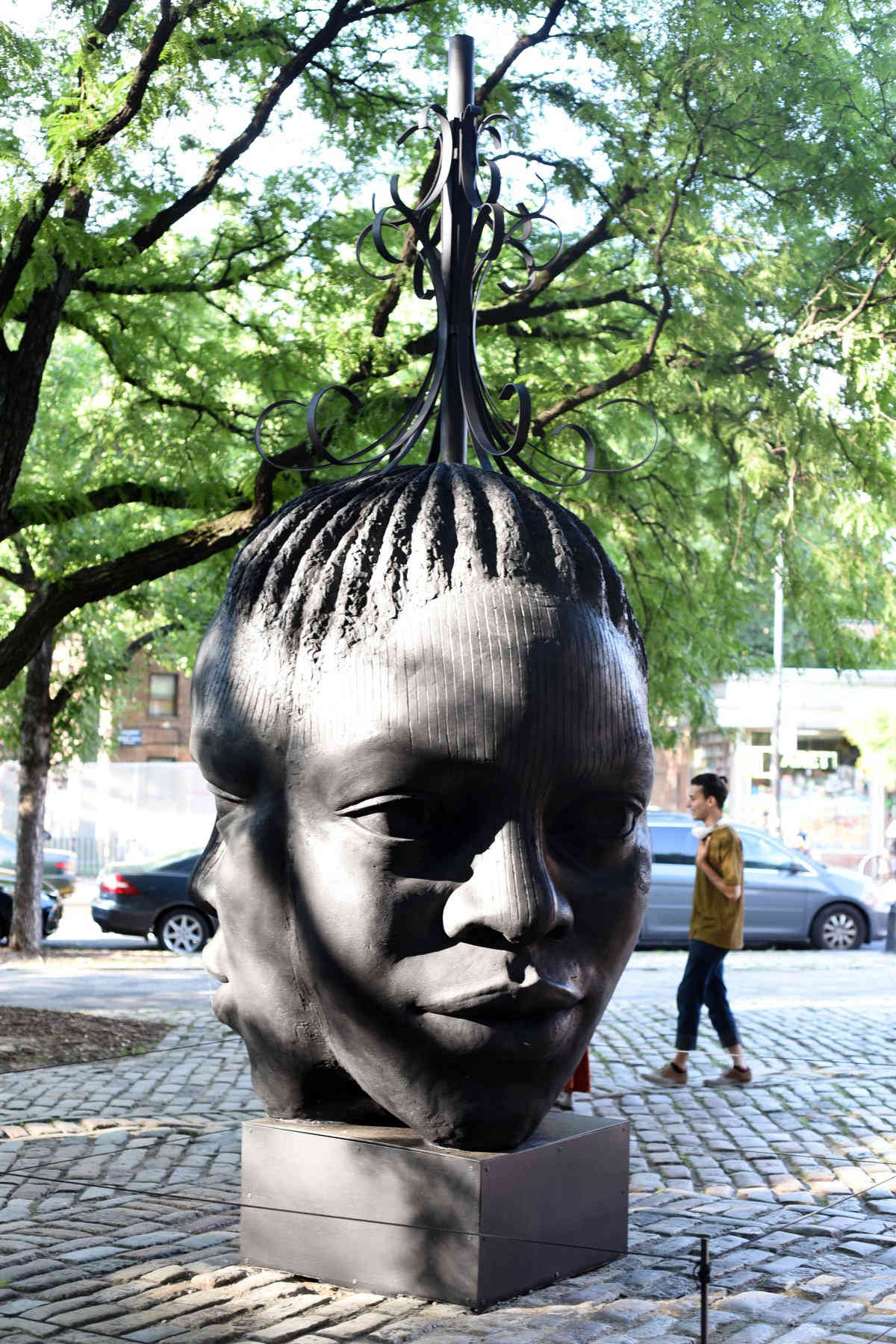