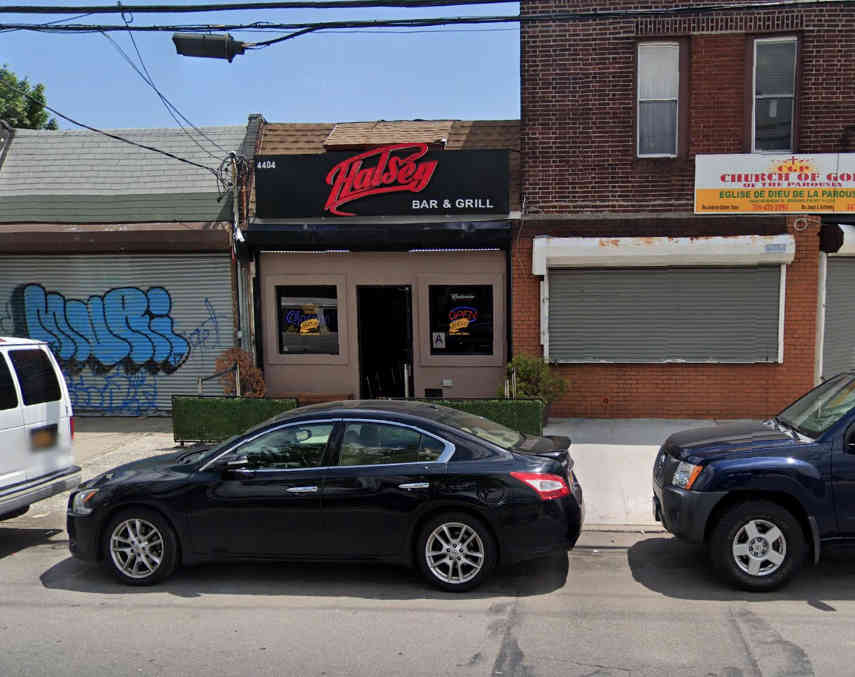 Southern Brooklyn civic leaders rejected a proposal to allow a DJ to preform at Halsey’s Bar and Grill in East Flatbush.
Google Maps

State liquor honchos must block a restaurateur’s plan to host a disc jockey at her East Flatbush tavern, according to local community board members, who claim installing a turn table at the watering hole would spell “chaos” for nearby homeowners.

“The community has been very forceful in saying no,” said Community Board 18 District Manager Dorothy Torano at the board’s full monthly meeting on Wednesday.

Halsey’s Bar and Grill owner Arlene McLaurin asked the community board to bless her application with the State Liquor Authority for permits allowing a disc-jockey to preform at her Avenue H lounge between E. 45th Street and Troy Avenue.

“It’s not that I need a DJ every single night,” said McLaurin. “I would like to operate my business without the outside influence. If I wanted to have a DJ, I would want to be within compliance.”

Members of the board — which encompasses Canarsie, Bergen Beach, Mill Basin, Marine Park, Flatlands, and parts of Flatbush — were unconvinced.

One of the restaurant’s neighbors foretold of the racket that would plague nearby residents if a disc jockey moved in next door — and the lack of law enforcement when they inevitably complain about it.

“The 63rd Precinct does not react as quickly as we want it to,” said Johnny Arcentales. “We don’t want that.”

The board’s objects were echoed by local Councilwoman Farah Louis and Assemblywoman Helene Weinstein, who both voiced their opposition to McLaurin’s musical ambitions.

But the board didn’t send McLaurin away empty handed, and members voted to endorse her request to remain open for an extra hour each night — until 2 am on weekdays and 3 am on weekends.

“We don’t have any problem with them operating there, all we want to do is keep it the way it was,” said Troy Thompson. “Most of us agreed it could go up one hour.” Arlene McLaurin asked the board to allow her to host a DJsat Halsey’s Bar and Grill.
Photo by Jessica Parks