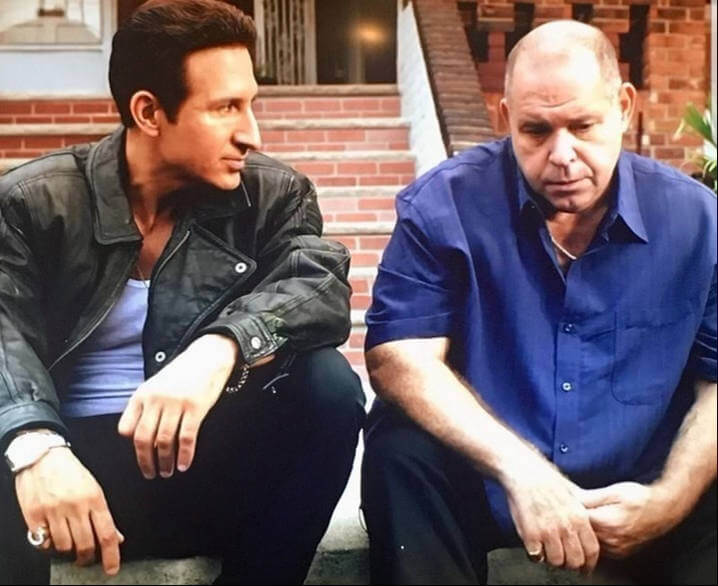 A still from “Gravesend” season one, now streaming on Amazon Prime.
Will DeMeo

Almost a year to the date of his show’s release, Brooklyn boy Will DeMeo is gearing up to start filming season two of “Gravesend” — the ’80s mob series, he says, pays homage to his hometown.

The series formerly known as “The Neighborhood” — which premiered last April on Amazon Prime — centers around mob “soldier” Benny Zerletta (DeMeo), as he grapples with leaving behind a life of crime. Constantly challenged by his mother’s dying wish for him to seek guidance from above, Zerletta must find himself — while managing to not get himself killed.

“We’re really excited to be getting back into it, and it feels great to finally be to the point where we can proceed,” said DeMeo, a Gravesend native who doubles as the show’s lead actor and director. “We had such an enormous response from so many fans that loved the show — that loved season one — so that’s why we’re able to continue, and I’m thrilled to be able to give them more.”

While he plans to once again film at some of southern Brooklyn’s local landmarks like Lenny’s Pizza, L&B Spumoni Gardens, and Our Lady of Grace Church, shooting will start in Florida, where there are fewer COVID-related restrictions for production, and where DeMeo always hoped to bring his character, Benny.

“There’s going to be a Florida element as well as New York in the 80’s,” DeMeo explained. “On one hand you’ll have the beaches, the palm trees, the clubs and on the other — the handball courts, the graffiti walls, the trains rumbling and, of course, the stoops. You’ll get the whole Miami Vice feel, and then you’ll get back into the sort of hardcore Brooklyn streets everyone knows and loves.”

The actor, best known for roles in films like “Gotti” and “Back in the Day,” and who played Jason Molinaro on the Sopranos, said he hopes “Gravesend” can do for fans what other series have done for him.

“The best part of making something like this is giving people an escape to watch something,” DeMeo said, adding that, when he came down with a case of COVID-19, the Netflix series “Cobra Kai” was that escape. “It really helped me get through it, and I want to do the same for other people — especially right now.”

“We’ve got so many great new people on board for season two, and this is just who we can say now,” DeMeo said.

Dice Clay, DeMeo said, loved season one of the show so much that he signed on for season two — not just as a star, but also as the series’ executive producer.

“Andrew comes from Brooklyn so it’s full circle for him,” the show’s creator said — as is the case for many of the cast members, all of whom inspire DeMeo to bring his “A-game” to set each day. “It’s a lot of fun.”

While DeMeo isn’t sure of the season’s release date — he expects either late 2021 or early 2022 — he is certain of one thing: fans will get much more than they did the first time around.

“It’s a full season,” he said. “The first season was just four episodes, it was more of a mini-series, but because of everyone’s support, we’ve got a lot more content coming – and a lot more episodes to shoot.”

DeMeo hopes this is just the beginning for the series, which currently has four out of five stars on its streaming service.

“It’s so Brooklyn,” he said, “and I think that’s why so many people are so drawn to it.”

This isn’t the first time DeMeo has paid homage to his hometown. In 2016, he directed his first documentary film, “Cruisin 86th St.,” which focused on southern Brooklyn in the ’70s, ’80s and early ’90s. And in 2019, he brought his “Gotti” co-star John Travolta back to Lenny’s — the Bensonhurst pizza place that, like Travolta, had a starring role in the 1977 classic “Saturday Night Fever.”

His production company, West Street Productions, is also named after the Gravesend block he grew up on.