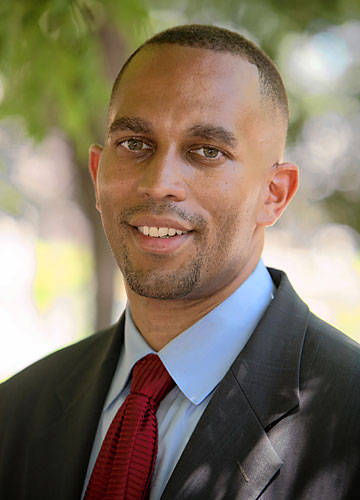 Jeffries (D–Fort Greene) filed paperwork on Oct. 3 with the Federal Elections Commission that altered his existing “exploratory” fundraising committee to the campaign ready, “Jeffries For Congress.”

The news ends of months of speculation — some of it even mildly interesting to the public — over the Fort Greene lawmaker’s plans to seize a seat that Towns has held since Ronald Reagan was president.

And the congressional run breaks an unspoken agreement that Jeffries would run for Towns’s seat only after the elder statesman retired.

But Towns, 76, has no plans to retire, and could prove a formidable challenger, having had raised $1.6 million for his previous election, an easy victory over former MTV “Real World” cast member and motivational speaker Kevin Powell.

Towns has already raised $262,504 as of June 30, the last time contribution were disclosed.

Jeffries is not legally required to disclose how much his exploratory committee has raised, but a source said the figure is around $175,000.

Jeffries is considered to have a solid shot at Towns, whose political base has been weakening. Just this year, he lost an election for district leader by a wide margin, and his daughter, Deirdre Towns, lost an Bushwick Assembly seat. In both cases, Towns’s tribe was defeated by candidates backed by Brooklyn Democratic boss, Assemblyman Vito Lopez.

“It’s going to be a real race,” said a source familiar with Jeffries’s thinking. “He sees Towns as really weak.”

Towns is not waiting for an official announcement — and is ready for the fight, his spokesman said.

“He is gearing up for a challenge,” said the flack, Julian Phillips. “He’s not going to stand around and wait until the last minute.”

Jeffries’s spokeswoman would not confirm that he has decided to run, and would only say if he were to run, it would likely be in the next year.

“Theoretically, if he decides to run, right now, the suggestion is for the 2012 race, but that’s all conjecture because he hasn’t decided anything yet,” said Lupe Todd.

Towns is anything but weak. He’ll have more than a million dollars to spend on the race to represent a sprawling Canarsie to Fort Greene to Park Slope district where he is a very well-known commodity.

If he is known for anything legislatively, Towns has been an advocate for immigration reform and has sponsored or cosponsored bills that to reform federal student loans and regulate the credit card industry.

But critics have called him a do-nothing congressman, though that line of attack was muted during the brief period from 2009-11 when he was chairman of the powerful House Oversight Committee, though the Republican takeover of Congress ended that run.

Meanwhile, Jeffries has made whatever name he has made for himself as an opponent of the NYPD’s stop-and-frisk policies, and for getting his colleagues to pass his bill to end gerrymandering that considers the upstate addresses of prison residents — who cannot vote — a practice that hurt New York City.