Pool is in session! Locals plunge into boro watering holes on first day of swim season 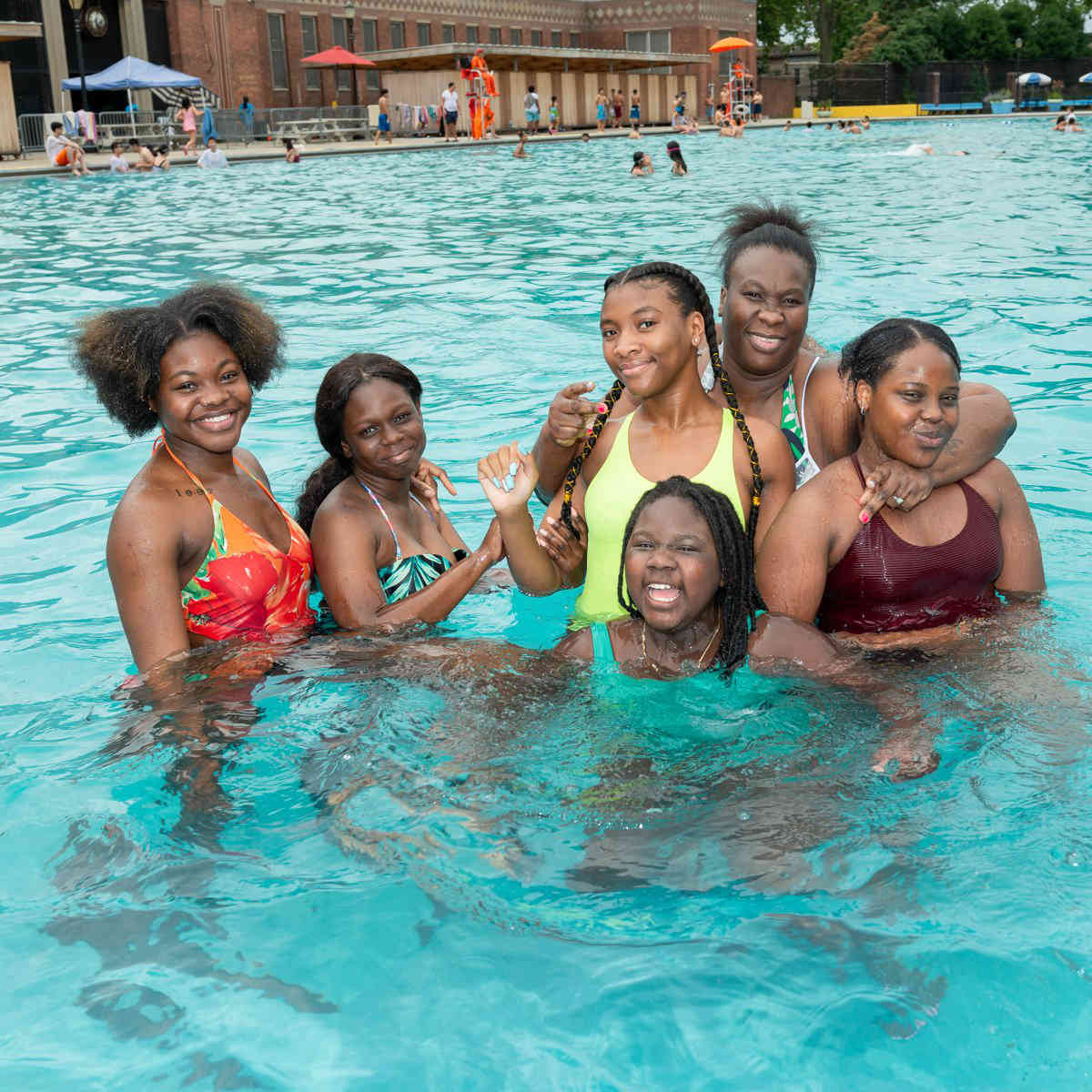 Splish, splash, these Brooklynites had a blast!

Kings County kids celebrated the first day of public schools’ summer vacation on Wednesday by diving into city pools across the borough, which opened for the season the day after classrooms emptied out. And after nine months away from the watering holes, all many youngsters could think about was getting back into the wet stuff — even if it gave them goose bumps, one mom said.

“We know that early in the season its very, very cold, but the kids got so excited about the pool opening that we couldn’t resist,” said Stacey Van Lenten, who took a dip with her kids Nico, 12, and Trudy, 7.

All but one of Kings County’s 15 public baths welcomed swimmers on the first day of pool, according to a Department of Parks and Recreation spokeswoman, who said the agency did not open the wading pool at Jesse Owens Playground in Bedford-Stuyvesant because the facility is in the middle of a $5.9-million renovation, which won’t be finished in time to reopen this season.

Mother Nature conjured overcast skies for much of opening day, and temperatures lingered in the low 70s — still warm enough for many locals looking to cool off to seek relief in the pools’ refreshing waters, according to a swimmer who dove into the Sunset Park Pool, where more than 100 others joined her, she said.

“I didn’t expect that many people to come out, but a lot did,” said Rosemary Senior.

But a heat wave arriving tomorrow that forecasters said will send thermometers north of 90 degrees will likely usher in business as usual at the baths, according to Van Lenten, who said that means lines around the block to enter her neighborhood pool in Sunset Park.

Now that watering holes are officially open, locals can visit them seven days a week from 11 am to 3 pm and 4 pm to 7 pm through Sept. 9. Here’s a dip: Alexa Diaz takes a dip at McCarren Park Pool on the first day of the swim season.
Photo by Zoe Freilich Staying cool: Michael Fernandez and Adrian Rodriguez kick it by the pool at McCarren Park.
Photo by Zoe Freilich