Rep. Mike is a Grimm bulb!

By Gersh Kuntzman and Thomas Tracy
comments
Posted on July 27, 2011 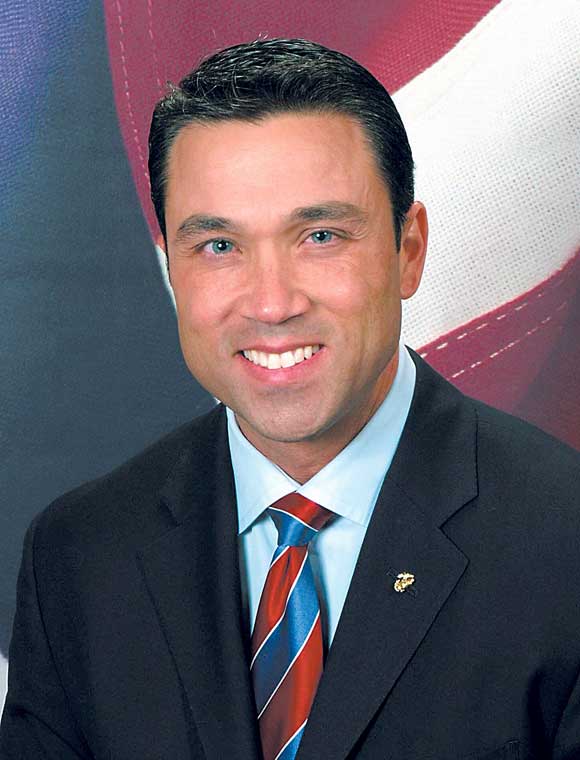 Freshman Rep. Michael Grimm has environmentalists burning mad over his sneaky work to gut a federal law that would improve the energy efficiency of household light bulbs.

Grimm (R–Bay Ridge) backed a GOP-led effort to repeal a 2007 bill backed by then-President Bush that would have effectively banned the standard 100-watt incandescent light bulb by 2014 — an effort to improve the energy efficiency of America’s wasteful lighting.

When Grimm and his GOP colleagues failed in their attempt to outright repeal the 2007 law on July 12, the GOP inserted language into an Energy Department appropriations bill that prohibited federal dollars from being used to enforce or promote the so-called Energy Independence and Security Act of 2007.

Grimm defended the defunding because “Americans don’t need a nanny telling them what to put in their lamps.”

“The government has grown way too big, but when it starts limiting our choice in light bulbs, you’ve got to be kidding me!” he added.

Environmentalists are certainly not laughing. Incandescent bulbs are a century-old technology that has been the standard light since Thomas Edison invented them. Each bulb wastes 90 percent of the energy it takes in as heat, not light.

By comparison, compact fluorescent bulbs use 20 to 33 percent less energy. Lighting accounts for nearly 10 percent of America’s energy use, and government estimates suggest that consumers would save $6 billion in energy costs by 2015 if they convert to efficient bulbs.

But there’s more to the issue than dollars and sense, environmentalists say.

“This is a public-health issue,” said Elena Craft, a scientist with the Environmental Defense Fund. “These [energy-efficiency mandates] are in the best interest of public health, just like seat belt laws and other laws designed to protect the public. Most of the energy used to power the country come from coal-fired power plants which can be very harmful to our environment, so if this nation adopts policies that require more energy-efficient light bulbs to be used, it’s doing it in the public’s interest.”

Not all Republicans are siding with Grimm, either.

President Bush signed the bill into law, an echo of an effort begun under President Reagan, who created the first appliance efficiency standards in the 1980s.

Yet it’s in lockstep with Grimm’s feeling about government oversight on free enterprise. He says that the law would force Americans to spend more for an everyday necessity: the average energy-efficient bulbs costs about $3 while incandescent ones cost about 35 cents apiece.

“In this economy, mandating that consumers buy expensive light bulbs is absurd,” he said. “We all want to move towards energy efficient options, but it shouldn’t be through a mandate that breaks the backs of America’s hard-working taxpayers.”

It depends on one’s definition of back-breaking. Fluorescent bulbs are three to 10 times more expensive than standard bulbs, but their lifespan is far longer. U.S. News and World Report once reported that investing $90 in to replace 30 incandescent bulbs with fluorescent ones would save $440 to $1,500 over the five-year life of the bulbs — a 12-percent savings.

“I don’t get Grimm’s position,” said Brian Wennersten, a green building consultant. “Even the descendants of Thomas Edison are behind [energy-efficient bulbs]. I don’t understand why Grimm wouldn’t be, too.”