By Will Bredderman
0
comments
Posted on September 5, 2012 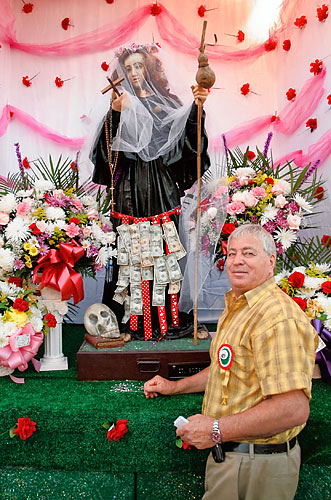 The 18th Avenue Festival was cancelled last year, but organizers say it will return next month.

Thousands cheered the return of the 11-day festival — which organizers cancelled last year during a permit dispute with the city — but those who live closest to the action say the 18th Avenue Feast was marred by drunken brawls, garbage, and parking nightmares.

“I never saw so many kids drinking underage,” said Richard Morena, who claimed that the police did nothing to stop the youths. “Then after it gets dark, they sit on my stoop and get into fights.”

Neighbors said several fights and illegal activity witnessed at the 18th Avenue Feast bled out onto the side streets before it came to a close on Sept. 2, leaving residents with sights they would have rather not seen.

“I saw people urinating in the street on Thursday night,” said Joanella Bells, who lives just off the festival, which stretched from 68th to 75th streets. “It’s filthy and the organizers don’t pick up a broom till it’s over.”

“I wouldn’t mind it if it wasn’t as long,” Morena said. “Eleven days is just too much.”

Others complained about fistfights, rowdy behavior, and loud noises, but said it was all part of living near 18th Avenue.

“There’s fights over here, and they’re screaming and yelling at night,” said resident Laura Tiezeman. “I felt kind of lost last year without it.”

Community Board 11 officials said they have not received any official complaints about the 18th Avenue Feast, and that the 62nd Precinct had not respond to any disturbances.