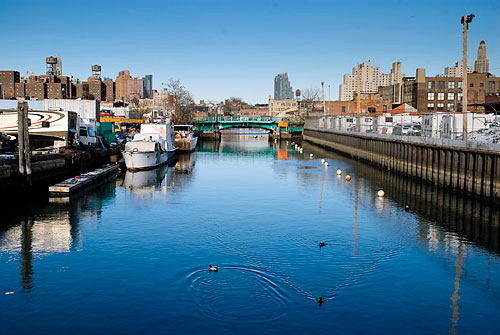 Linda Mariano is backing plans to put the Gowanus Canal, stink and all, on the National Register of Historic Places.
Photo by Stefano Giovannini

Yes, the gritty area alongside one of the most polluted bodies of water in the country could be added to the National Register of Historic Places — and is also being considered for the same historic district status granted to well-heeled enclaves such as Brooklyn Heights — in a new push by preservationists.

The Manhattan-based Historic District Council is pushing the state to nominate the canal zone for national designation as part of its “Six to Celebrate,” an inaugural program intended to focus attention on a half-dozen endangered areas.

The list is compiled from community requests — and in this case, the Friends and Residents of the Greater Gowanus got the tar ball rolling.

“I love this neighborhood — that’s why I stick it out by a toxic waterway,” said Linda Mariano, a founding member of the group.

There’s more to Gowanus than the canal, including historic sites like the Old American Can Factory on Third Street, or the National Packing Box Factory at Union and Nevins streets.

A year ago, the neighborhood was declared eligible for inclusion on the National Register of Historic Places — though inclusion on the list does not necessarily protect a structure or district from the wrecking ball (just ask people in Omaha, Neb., where a historic zone was razed in 1987 to make way for a corporate campus.

As such, some preservationists are calling for the area to be designated as a city historic district, which would afford a greater layer of protection.

The Historic Districts Council said designation could help guide — but not impede — growth in Gowanus.

“We want to come up with the beginnings of a community plan that would respect the historic and physical environment of Gowanus while helping to guide future development,” said Simeon Bankoff, the head of the group.

Many groups, local pols, urban planners and developers have envisioned a sparkling future for the so-called Lavendar Lake — but many of those dreams evaporated last year, when the canal was included, against the Bloomberg Administration’s wishes, in the federal Superfund program. The designation initiated decade-long, $500-million clean-up that has already sent private developers — including Toll Brothers — running for the hills. 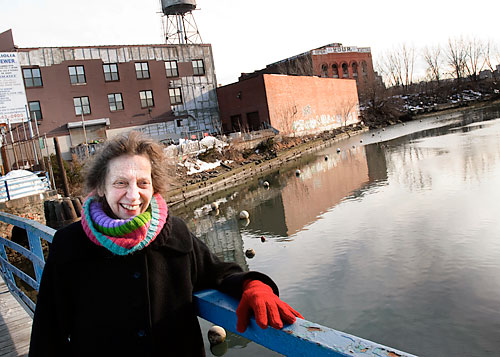