Horticulturists with a hankering for harvesting weed can do so from the comfort of their own living rooms — and not their dank garages — thanks to a local craftsman, who churns out growing cabinets at a Boerum Hill workshop that he said are tailor made for swanky stoners.

“I’m trying to cater to a niche market of luxury cannabis consumers and growers,” said woodworker Robert Pettit. “I wanted to make something that was beautiful, really expensive, and highly functional.”

Pettit sells his luxe weed cabinets — which he hand crafts out of walnut and cherry wood, and equips with so-called smart lights that can be controlled from a cellphone — for a whopping $13,500, claiming there’s no other gardening furniture on the market that looks as good as it grows.

“There are a lot of different growing kits, tents, cabinets, and mass produced units, but they’re not something I would ever display in my home,” he said.

The craftsman, who lives in Ditmas Park, began building his fancy-pants pot cabinets two years ago, looking to cash in as pols in states across the country — including Alaska, California, Colorado, Maine, Massachusetts, Michigan, Nevada, Oregon, Vermont, and Washington — voted to give constituents the right to toke. Fits right in: Pettit’s cabinet looks like any other stylish piece of furniture from the outside.
Leaf and Wood

And after Gov. Cuomo recently announced a package of bills that would legalize smoking the sticky icky in New York State, Pettit — who makes his living crafting more traditional, custom-made furniture for his bougie clientèle — hopes it won’t be long until there’s a local market for his cannabis cabinet, too.

“Being in New York City, in an urban area, you don’t have a lot of extra bedrooms, garages, or stuff like that,” he said. “If you’re going to grow here, it’s going to be grown in your living room, so it’s gotta be subtle, it’s gotta look nice, but it doesn’t have to scream, ‘This is a grow tent.’ ”

Cuomo’s proposed recreational-weed plan, however, would not allow New Yorkers to grow at home as it’s currently written, according to a rep for drug-law-reform group the Drug Policy Alliance, Jag Davies, who said the organization is pushing Albany lawmakers to permit home cultivation as part of the scheme.

But Pettit isn’t just looking to individual clients to grow his growing-cabinet sales. The maker wants to cut a deal with a larger operation to mass produce his lush decor, which he will show off to professional interior designers and architects, along with deep-pocketed potential customers, at a design show in Manhattan later this month sponsored by home magazine Architectural Digest. 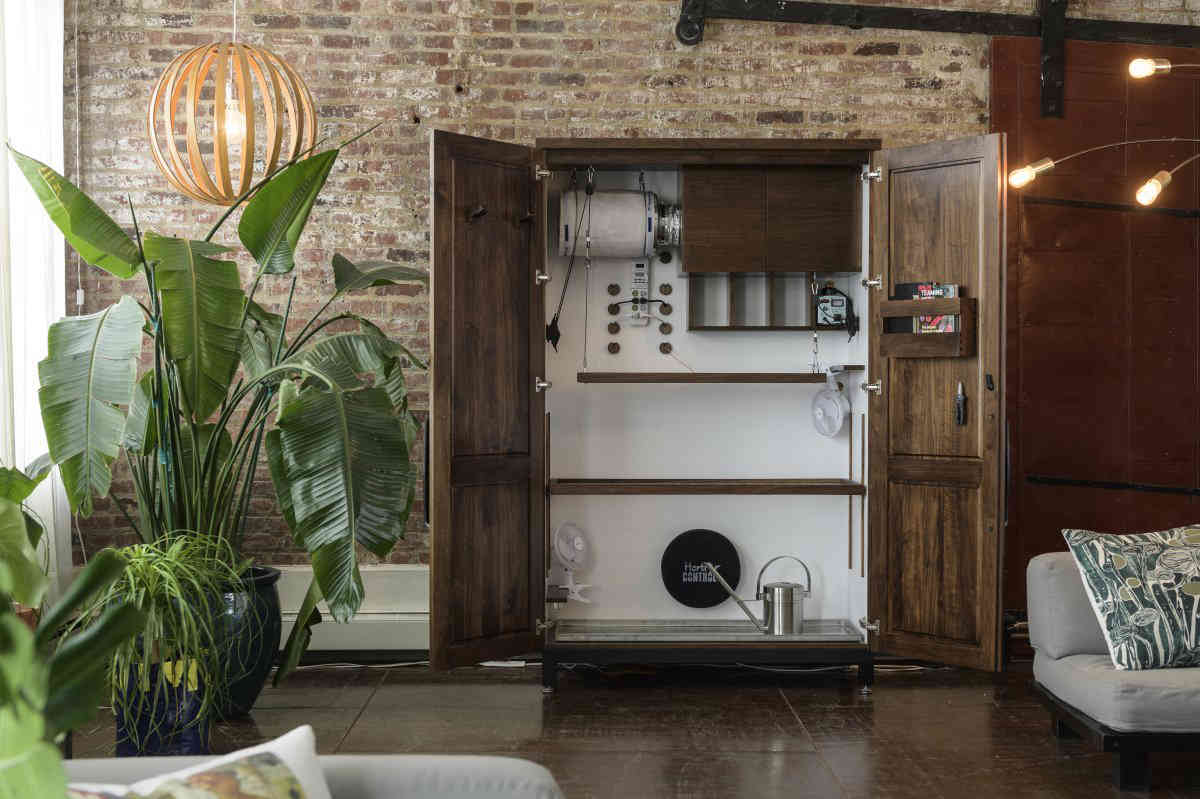