How did Brooklyn vote in the presidential election? A breakdown 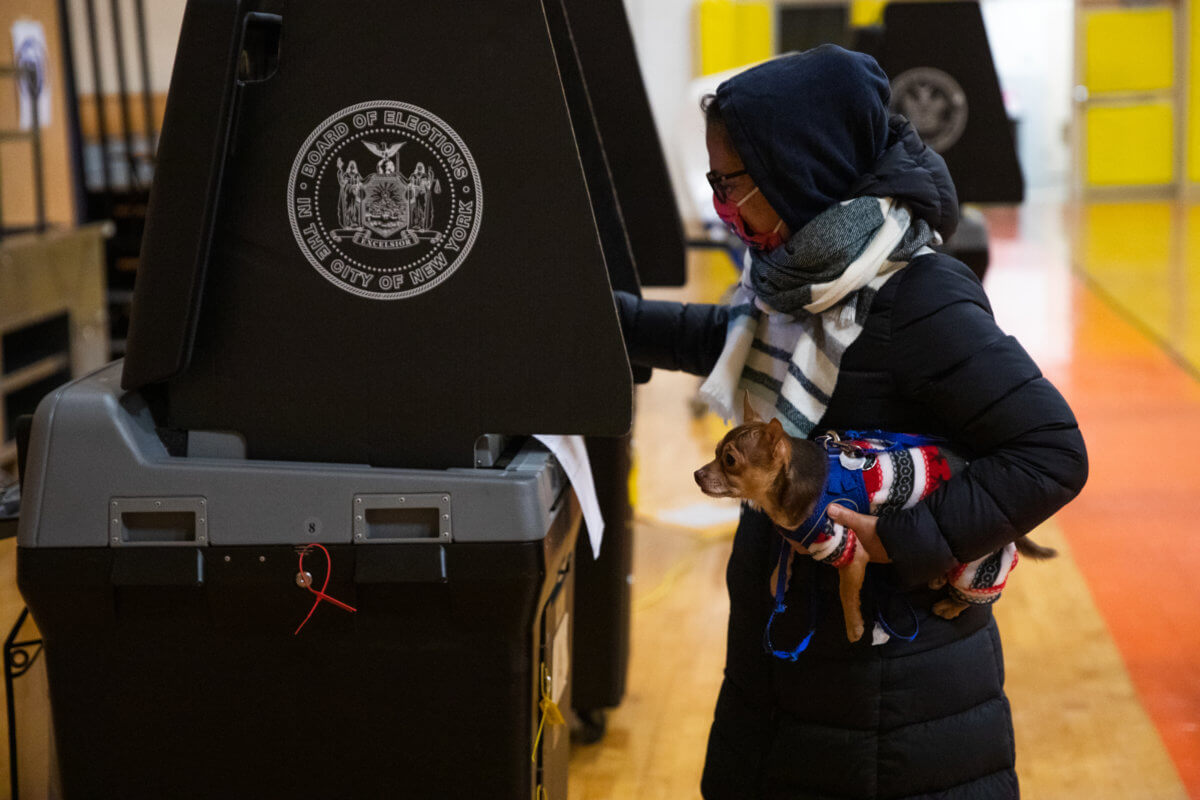 Almost three-quarters of in-person voters in Brooklyn cast their ballots for Democratic presidential candidate Joe Biden with 514,133 votes, according to preliminary figures by the state’s Board of Elections.

The results reflect the votes cast on Election Day and the nine-day early voting period beforehand, when Brooklynites turned out in higher numbers than any other borough.

Compared to the last presidential election in 2016, Democrats fared worse and Republicans made gains in Brooklyn’s in-person vote this year. Four years ago, Trump garnered only 18 percent — compared to more than 25 percent this year — and then-candidate Hillary Clinton claimed 80 percent, compared to Biden’s 74 percent, according to BOE.

The Assembly districts with the highest percentage of Biden votes so far are East New York/Brownsville/Canarsie, where 95.2 percent of voters cast their ballots for Biden, and Clinton Hill/Bedford-Stuyvesant/Prospect Heights, where he has won 94.5 percent of the vote.

These four districts are currently represented in the state legislature by Democrats.

The only Brooklyn seat currently represented by a Republican — Assemblymember Nicole Malliotakis’s 64th Assembly district — had a partisan split, with more voters favoring Biden on the side covering a sliver of Bay Ridge and Trump earning the majority vote on Staten Island, according to BOE.

However, Tuesday’s results are far from final, since the Elections officials have yet to tally more than 100,000 returned mail-in ballots. Officials will continue to process mail-in ballots postmarked on or before Election Day until Nov. 9, when the counting will begin.

The ballots will most likely skew Democrat, perhaps shifting the results in some of the Trump-dominated districts in southern Brooklyn.

Registered Democrats requested and returned far more ballots in the borough than their Republican counterparts, so the vote-by-mail number is likely to boost Biden’s lead.

The Board sent out some 360,000 absentee ballots to voters in the borough this year, almost 107,000 of which have been returned so far, according to Brooklyn Paper calculations based off of agency figures by Assembly district.

Turnout for the borough for in-person voting in 2016 was more than 800,000, compared to 698,000 this year, however this year’s number is likely to surpass the last presidential election once absentee votes are counted.