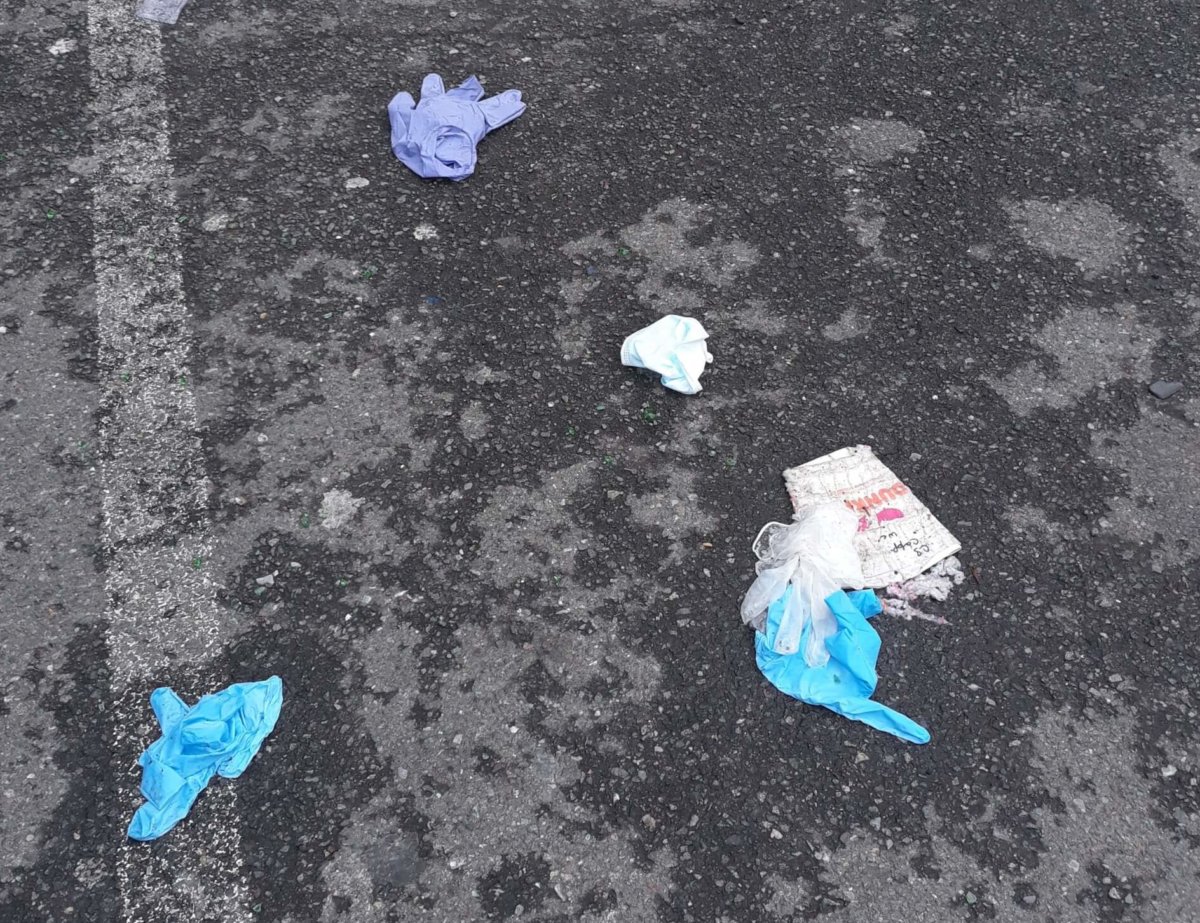 Brooklyn streets are being littered with used gloves and face masks.
Photo courtesy of William Tainowitz

As state regulators crack down on plastic bags, a new type of trash is taking over city streets: disposable gloves and face masks, which have been in heavy use as residents of all five boroughs try to decrease their risk of contracting COVID-19.

“I was shocked at the amount of gloves and masks that was all over the streets, on stoops, on railings,” said Bernadette Morrissey, a Madison resident and vice-president of the Madison-Marine-Homecrest Civic Association.

The new-age litter emerges in contrast to a universal germaphobia imposed on New Yorkers, who have been advised to keep a physical distance of six feet from one another and to sanitize after touching publicly-used objects like doorknobs and railings. Some residents worry the scattered protective gear could be contaminated.

“Do they not realize that’s not helping the situation?” Morrissey asked. “What if there is the virus on those gloves and somebody is going to pick it up?”

Mayor Bill de Blasio touched on the trash’s hazards on WNYC’s “The Brian Lehrer Show” Friday morning, stressing that wearers of the precautionary gear must properly dispose of them to prevent spreading the infection.

“Not only is it littering, it is dangerous littering,” the mayor said on the radio show. “When something needs to be discarded you can’t leave it around because it could create its own danger.”

While Morrissey noticed the uptick of litter on her block, a Georgetown resident told Brooklyn Paper that a high volume of disposable gloves and masks are being left in parking lots, which are more common in southern Brooklyn’s car-heavy neighborhoods.

“People should properly dispose of them, instead it’s all over the parking lot,” said William Tainowitz. “It’s insane.”

Meanwhile in Madison, Morrissey worries about the additional litter clogging up the area’s catch basins and flooding the neighborhood.

“If we get a heavy rain, these things will be swept into the storm basins on the corner and we will start having flooding,” she said. “So that is a major concern here.”

The city Sanitation Department has noted their reliance on residents to help keep the city’s streets and sidewalks clean and reminded that there are penalties in place for litterbugs.

“New Yorkers are our partners in keeping the City healthy, safe and clean. To that end, residents should not litter,” said Spokeswoman Dina Montes. ”And remember, littering is against the law and can result in a $100 summons.”

The protective gear can be disposed of with other garbage, she said.