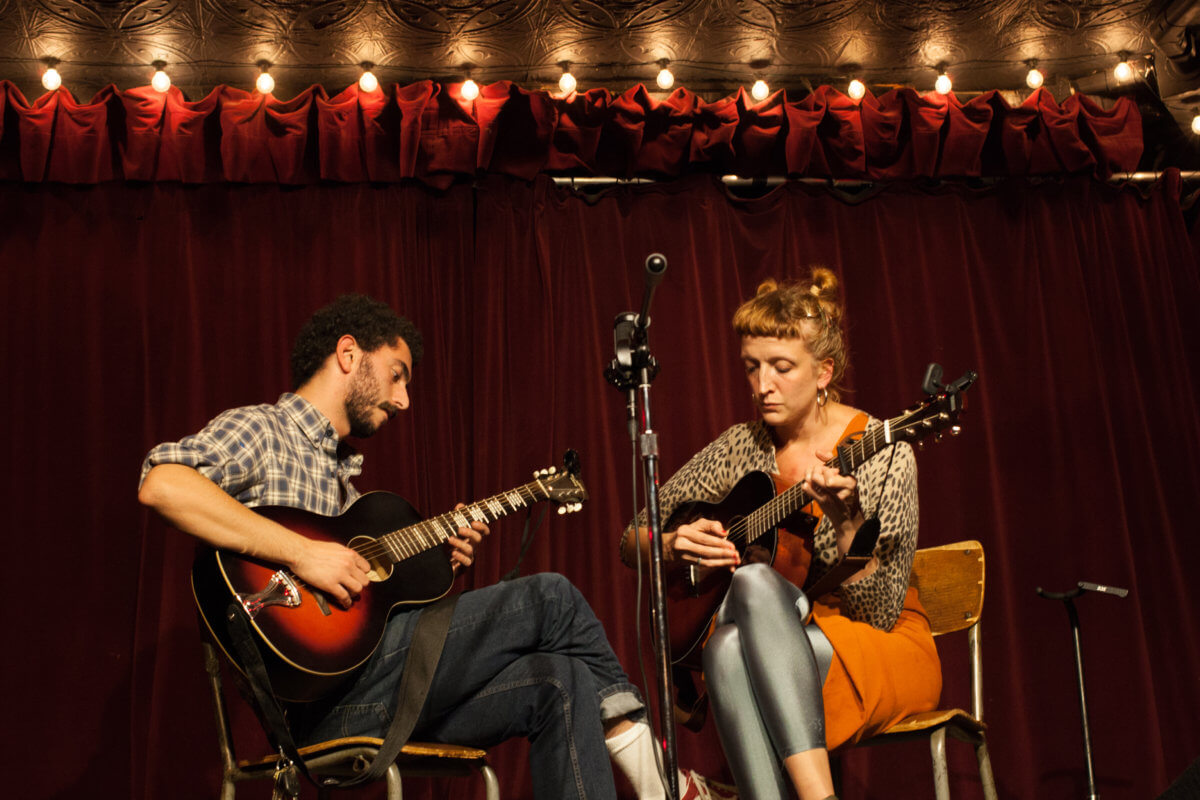 Singer and storyteller Anna J Witiuk (right) will be among the artists returning for a virtual version of the annual Roots n’ Ruckus at the Jalopy Theatre starting Dec. 9.
Linday Giles McWilliams

The beloved annual folk music festival Roots n’ Ruckus will return to Red Hook’s Jalopy Theatre in virtual form this year, when dozens of banjo-playing performers will strum their twangy tunes across a packed four-day lineup starting on Dec. 9.

Roots n’ Ruckus: Stay the Folk Home Edition will be live-streamed online this year, bringing back a popular tradition for the fest’s local fanbase while including artists from further afield, according to an organizer.

“Digital festivals have been great to us, in that we’re not constrained by distance,” said Feral Foster. “People from other parts of the country we couldn’t have before are sending sets.”

The event, which was born from a weekly folk session in 2005, evolved into an annual roots music extravaganza in 2015, where big-name entertainers share the stage with the up-and-comers of the local folk scene, said Foster.

“It’s always been a place where I’ll have some more established artists play and I’ll put them as the same lineups as people who are just getting their start,” he said. “It’s a great form of cross-pollination for artists.”

The bash will be broadcast on Jalopy’s Facebook and YouTube channels, with about eight to 10 sets every evening at about 15-to-20 minutes each.

Most shows will be sent in remotely, but the organizers will record one artist per night from inside the Columbia Street venue.

The Jalopy Theatre quickly adapted to the COVID-19 realities by hosting regular performances online since in March, and has moved many of its mainstays to the digital world this year — including a Cajun festival in May and the Brooklyn Folk Festival in October.

Like every year, Roots n’ Ruckus is free, but Foster encouraged attendees to make donations to support the Jalopy after a year of pandemic-related revenue losses.

“This year has been very hard on performance spaces like ours. We’ve been trying to find ways to keep the lights on,” he said. “This is part of our big drive at the end of the year to keep things going into 2021.”