By Gersh Kuntzman Posted on November 1, 2011 Thousands of ghosts, ghouls, robots, Things (one and two), and even an editor dressed as a controversial bike lane marched up Seventh Avenue in the Park Slope Civic Council’s annual Halloween Parade.

“I got a lot of thumbs ups, but a few people said that my bike lane costume was the scariest thing they had ever seen,” Kuntzman quipped. “I also got a few people telling me they wanted to ride me all day long, which I am attributing entirely to their enjoyment of exercise.”

Behind Kuntzman were Rollerblading ghosts, hot dog contest organizer George Shea’s pirate Ship of the Black Spot, and plenty of Occupy Wall Street-themed outfits — though, truth be told, Park Slope’s demographic leans towards the one percenters, not the 99 percenters.

Check back for more pictures and all your parade coverage. 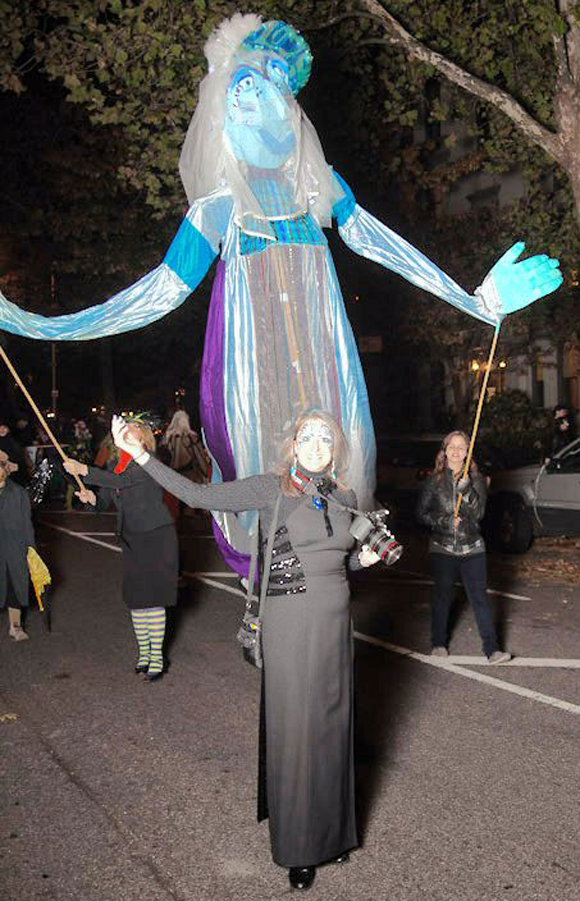 Admit it, there’s something about a monkey playing the accordion.
Photographer: hugh [email protected] 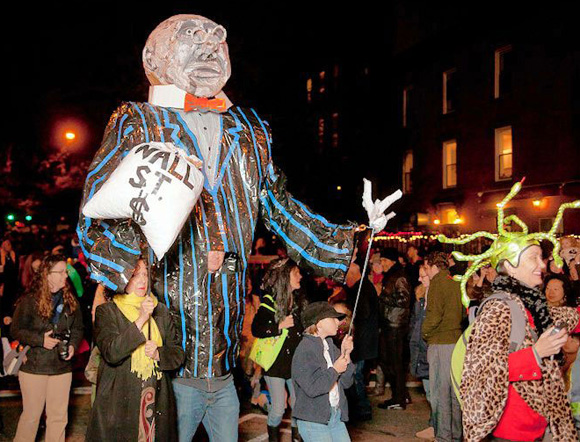 Anti-Wall Street costumes were popular, despite the fact that much of Park Slope is in the one percent, not the 99 percent (but who’s counting?!).
Photographer: hugh [email protected] Everyone said it: This was the best costume of the night.
Photographer: hugh [email protected] 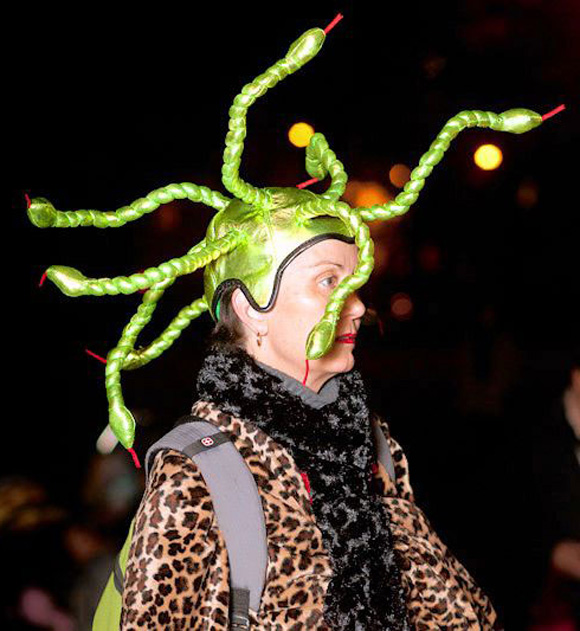 The Oborne family soared to new heights, even though they are from the Slope.
Paul Martinka The parade was one giant leap for John, age 6, but not for full disclosure (his parents wouldn’t give his last name!).
Paul Martinka Pumpkin of their eyes: Jim and Karen Mahoney show off their peach of a son, Shawn, 1.
Paul Martinka