This month, BAM is the Church of Sarandon 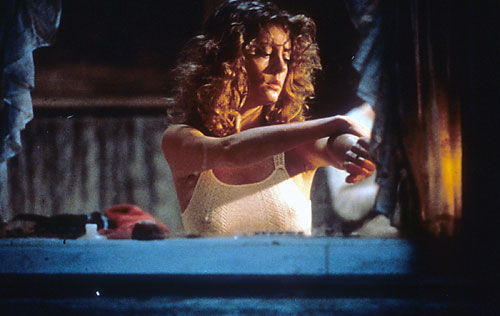 Hey, Sue!: The Brooklyn Academy shows some love for superstar Susan Sarandon this month when it screens 13 of her finest flicks, including the 1980 romantic crime film “Atlantic City” on Feb. 13.
Photo credit: Photofest

Thanks to Susan Sarandon, there are many great, iconic moments in the film lexicon: her sporting vintage sunglasses behind the wheel of that fated blue Thunderbird convertible in “Thelma and Louise”; her memorable speech about the “church of baseball” in “Bull Durham”; even her half-naked singing in the lovable mess that is “The Rocky Horror Picture Show.”

This month, the Brooklyn Academy of Music attempts to encapsulate a varied career that’s spanned musicals, comedy, drama, suspense, and more drama, with a 13-film retrospective from Feb. 10 to 13.

“Susan is such a great actress, she’s so appealing and has so much depth, and her career is so multifaceted,” said BAM president Karen Brooks Hopkins (whose favorite Sarandon film, “Atlantic City,” is also being screened this month). “This retrospective reflects a real variety of the important pieces that have been the hallmark of her decades of fantastic work in the film industry.”

Indeed, the films present a mix of some of her best-known works, such as “Dead Man Walking” (for which she won the Academy Award) and “Thelma and Louise,” plus lesser-known pieces such as “Twilight” (not the vampire movie). Even films that missed the mark, including “The Hunger” and “Rocky Horror Picture Show,” will make an appearance.

Imagine that, “Rocky Horror” at BAM.