BP Weekender: Eight things to do in Brooklyn June 17-19 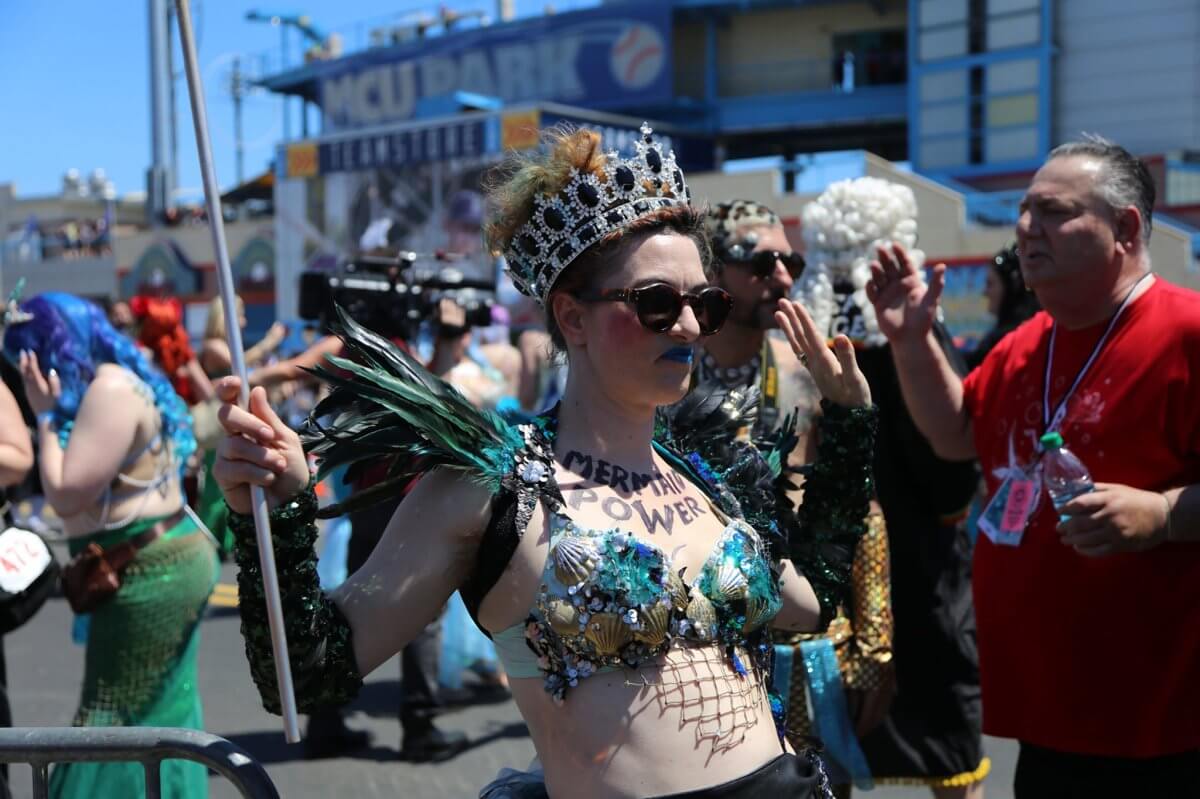 Big Summer Get Down: Celebrate the arrival of summer in the city by getting down to the tunes of father-son DJ duo St. James Joy. This outdoor dance party is part of the larger “Festival of New York,” aimed at bringing summer back fun after two summers of doldrums.

Brooklyn Magazine Fest: By day we’re competitors, but we’re still excited to jam out at the first ever festival put on by our pals at Brooklyn Magazine. Featuring the musical trappings of Car Seat Headrest, Sudan Archives, Talia Goddess, and more. Performances start at 4 p.m. Friday and continue till Saturday night.

Mermaid Parade: After two years at sea, the Mermaid Parade is finally returning to the People’s Playground. Don your favorite oceanic garb and come to Coney for the world’s greatest freakshow, and keep your eyes peeled for King Neptune himself, former Health Commish Dr. Dave Chokshi. Registration to march is still open till 10 a.m. on parade day, and the nautical march kicks off at 1 p.m.

Free to watch, see Coney Island USA website for marching fees. Parade kicks off at 1 p.m. and runs along Surf Avenue and the Riegelmann Boardwalk in Coney Island.

Atlantic Avenue ArtWalk: It’s back! Arts Gowanus is turning Atlantic Avenue into a free, public art gallery, installing sculptures, paintings and more at more than 60 local businesses up and down the busy avenue. The 1.5-mile self-guided ArtWalk through Brooklyn neighborhoods of Boerum Hill, Brooklyn Heights, and Cobble Hill will include the works of local artists such as paintings, photography, drawings, sculpture, and large installations. Stroll up and down the street, check out the work of local artists, and rediscover some local businesses as you go. Happening June 18 and 19, and then again on June 26 and 27.

Free. Atlantic Avenue between Fourth Avenue and the waterfront.

Juneteeth food festival: The Weeksville Heritage Center and Black-Owned Brooklyn honor Juneteenth and the wide sweep of culture in Black Brooklyn with a two-day food festival featuring 20 Black food vendors, educational activities, and sets from DJs and the Soul Summit collective. Festival kicks off Saturday and goes into Sunday.

PineappleRide: Calling all cyclists! Join this year’s PineappleRide cycling jaunt through the Borough of Kings, visiting all the landmarks on two wheels as you spend all day on a “super chill cultural ride.” The ride is free, but any donations go to benefit the Bronx River Alliance.

Juneteenth at Brooklyn Museum: The Brooklyn Museum hosts a full day celebrating Black creativity, liberation, and community with activities including a day-long bike tour of historic Brooklyn locations, breathwork and yoga, poetry readings, and a performance by ClassicNewWave.