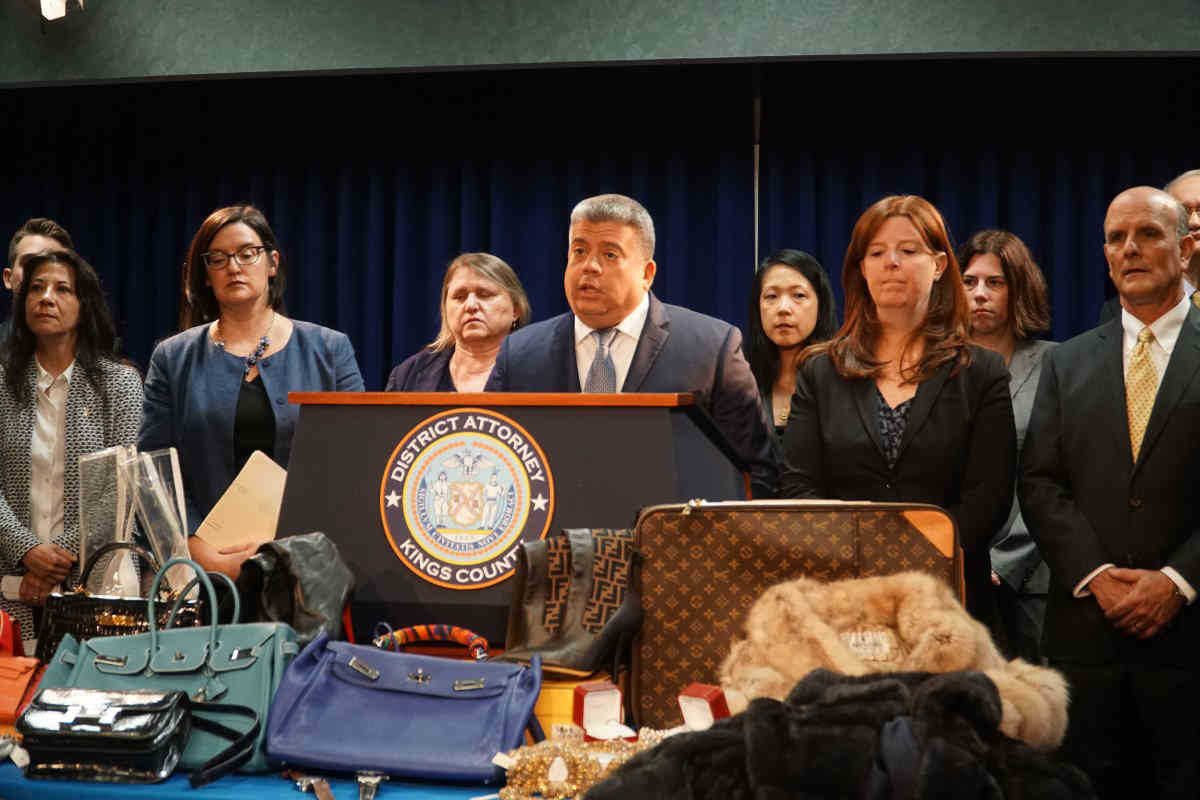 Three women were arrested Tuesday for allegedly forging documents that allowed affordable-housing applicants to bypass a decades-long waiting list for a Coney Island cooperative in exchange for a whopping $874,000 in bribes.

The suspects allegedly spent their ill-gotten proceeds on jewelry, furs, designer bags, and Florida beach-front properties, while law-abiding families desperate for affordable housing got the shaft, according to District Attorney Eric Gonzalez.

“This is about working class families being deprived of the affordable housing they’ve been waiting for, and being victimized by the people that managed the availability of this very limited housing stock,” Gonzalez said.

The defendants — ages 71, 66, and 38 years old — served variously on the board of directors and at the management office for Luna Park Housing Corporation — a massive, five-building Mitchell Llama housing roughly 6,000 people — where they conspired to leverage their authority and expertise in the cooperative’s application process to forge documents in exchange for massive bribes, including one $120,000 buy off to secure a two-bedroom apartment at well below market rate.

In several instances, the defendants altered documents including birth and marriage certificates, passports, and utility bills to fool the Department of Housing Preservation and Development in believing that the suspect’s benefactors were related and lived with Luna Park lease holders.

As a result, unqualified applicants were able to nab highly sought-after affordable housing, while hundreds of families continued to wait on applications dating back to the early 90s, according to Gonzalez.

The prosecutor said that the 18 false applications for apartments — altogether valued at $5 million — included in the charges were likely only the tip of the iceberg, and that the women may have committed many more forgeries during their tenure at the co-op.

“We believe that this was the norm, not the exception,” said Gonzalez. “It’s an open secret that this scheme has been in place for many years.”

With criminal charges filed against the suspects, the Department of Housing Preservation and Development is expected to investigate the doctored applications, and may take steps to penalize, or evict bogus tenants, according to the prosecutor.