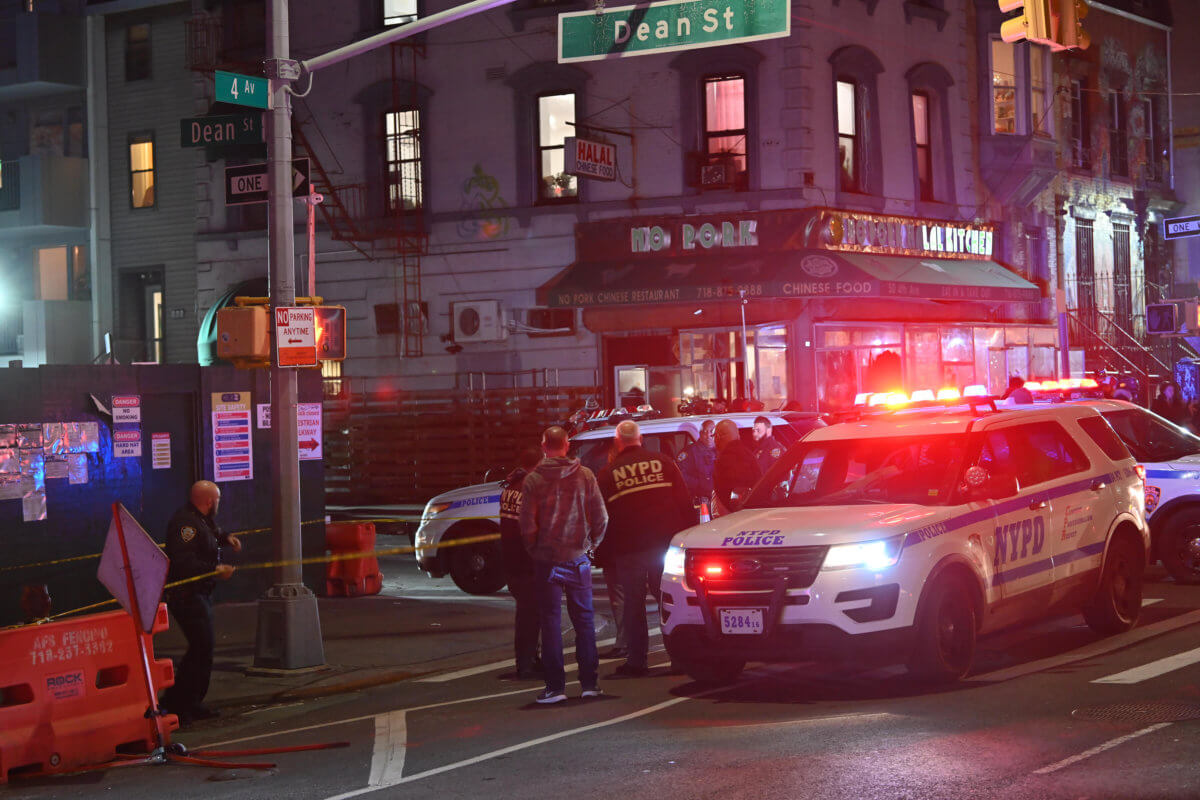 Police investigate the scene of a fatal shooting near Fourth Avenue and Dean Street Monday afternoon.
Photo by Lloyd Mitchell

A 32-year-old man was shot dead in broad daylight Monday afternoon at a normally crowded intersection not far from Barclays Center.

Police received a 911 call about a man shot near the corner of Fourth Avenue and Dean Street in Park Slope just before 4 p.m. on Jan. 16. When they got there, officers discovered the victim had been shot in the chest.

The man, unconscious and unresponsive, was taken to Methodist Hospital, where he was pronounced dead.

The victim’s identity has not yet been released by police and no arrests have been made as of Tuesday morning. The perp is said to have fled westbound on foot down Dean Street.

A person on the scene told Brooklyn Paper he was surprised — but not completely — by the murder.

“This is an active area with a lot wealthy people and a lot of riff-raff,” local Jeremy Green said. “It surprises me but doesn’t shock me.”

In a tweet Monday night, Councilmember Lincoln Restler promised to update the community as information came in.

We suffered a horrible tragedy at Dean & 4th Ave this afternoon. A young man in his 30s was shot & killed at close range. The suspect fled the scene. Will share info as we receive it.

Love to family and friends of the neighbor we lost. We must stop the epidemic of gun violence.

“Love to family and friends of the neighbor we lost,” said Restler, whose district includes Boerum Hill, Brooklyn Heights and Downtown Brooklyn, among other neighborhoods. “We must stop the epidemic of gun violence.”

This is the first reported shooting and homicide in the 84th Precinct year-to-date as of Jan. 8, according to Police Department data. Citywide, shooting incidents are down nearly 27 percent across the Big Apple so far this year.