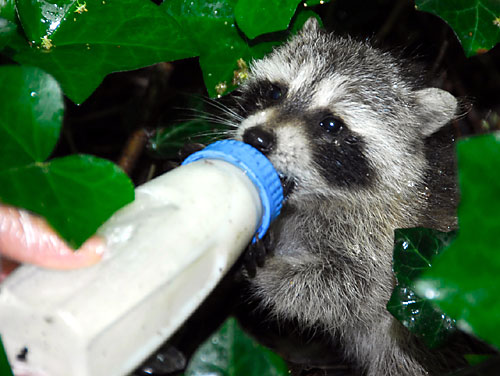 A Prospect Park raccoon has tested positive for rabies — and park advocates are slamming city and park officials for being part of the problem.

On Dec. 2, the raccoon was discovered to be carrying the viral disease, which causes death in humans if left untreated. But city officials didn’t reveal the information to the public — and haven’t even been testing the dozens of animals that have turned up dead in the park during a spate of bizarre critter deaths.

Instead, animal corpses have been dumped with the trash rather than dispatched to the Department of Health for proper testing.

“People need to know,” said Anne-Katrin Titze, a state-certified wildlife rehabilitator. “There is already an outbreak of raccoon rabies in Central Park — and it’s clearly moving.”

The Health Department did not issue a press release on the case. At press time, the agency did not say how many dead animals found in Prospect Park it has tested for rabies.

Those familiar with the case said the raccoon was discovered near the just-renovated Vanderbilt Playground in the southwest section of the park.

“It is standard that if a dead animal is in the park and not severely decomposed, the rangers are supposed to take them to the Health Department,” said Eugene Patron, a spokesman for the Prospect Park Alliance.

But that’s not enough, said park advocates, who have long complained of slow clean-ups and large piles of garbage after summer weekends.

“The problem with the park is also a lack of cleanup. When there’s more food, there is more offspring — and more raccoons means more of a potential to get infected,” said Ed Bahlman.

Health officials vowed to conduct enhanced rabies surveillance in Prospect and Fort Greene parks, the latter where a rabid raccoon was discovered in February, the first raccoon with rabies found in Brooklyn since the disease arrived in the city in 1992.

“These results will help determine if the two rabid raccoon cases found in these parks are isolated incidents or may represent the larger transmission of raccoon rabies in Brooklyn,” an agency spokeswoman said.

People and unvaccinated animals can acquire rabies, typically from a bite by an infected animal, leading to a severe brain disease that causes death unless swift medical treatment is administered. There hasn’t been a human case of rabies reported in the city since 1953.

To report sick, disoriented or unusually friendly or aggressive raccoons to 311. If an animal has attacked, or may attack, call 911. To report a dead raccoon, call Prospect Park supervisor’s office at (718) 965-6610.